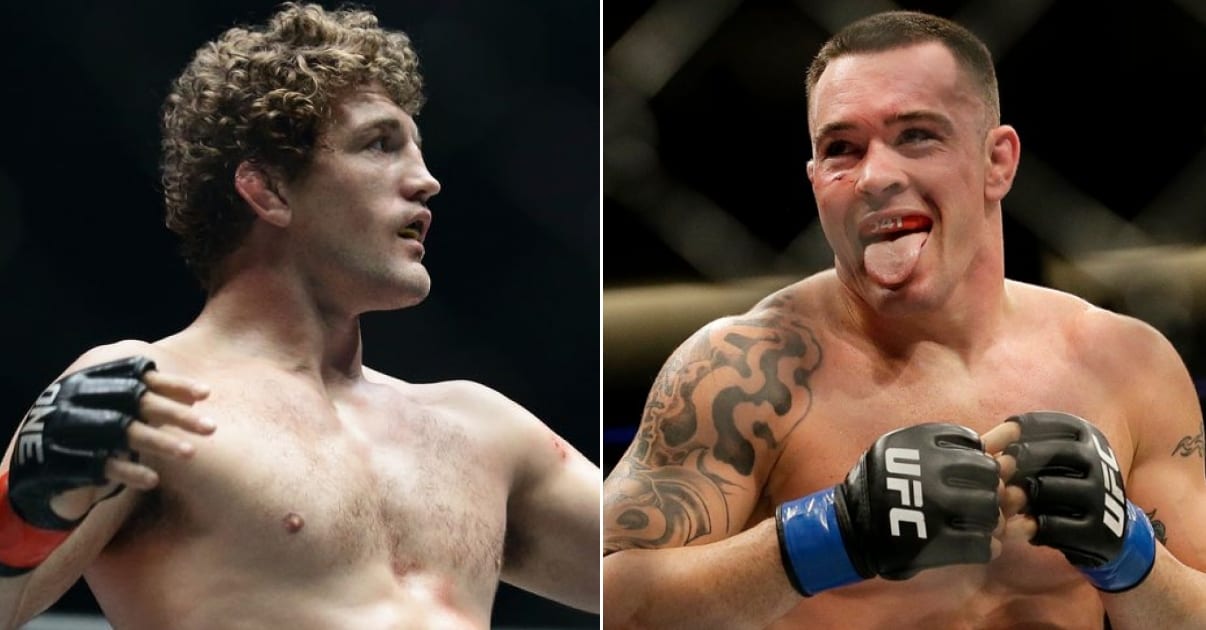 With the news of Ben Askren possibly headed to the UFC in a historic trade that would send Demetrious Johnson to ONE Championship, opponents are lining up to welcome ‘Funky’ the Octagon.

If Askren does indeed land on the UFC roster, and by all accounts, it looks that way. The matchmaking possibilities are wide-ranging. One thing we do know for sure, however, Askren will not be fighting his college wrestling teammate and good friend, welterweight champion Tyron Woodley.

Instead, it appears ‘Funky’ is taking aim at interim champ Colby Covington. (courtesy of Twitter):

@ColbyCovMMA might get beat up by @TWooodley first but I’m calling dibs on whipping him next. He is despicable

Askren didn’t stop there; he then proceeded to call out Khabib Nurmagomedov. A match-up between Askren and Khabib is one of a hand full of dream matches that now seems not only possible but likely.

Anyone know another Russian that needs humbled the old country way? pic.twitter.com/tEdSoUSX45

Askren is unbeaten in 18 professional fights; he has only faced adversity in a couple of those contests. It will be interesting to see what way the UFC matchmakers decide to go with Askren assuming he does land on the roster.

‘Funky’ did have one final message to the entire UFC: