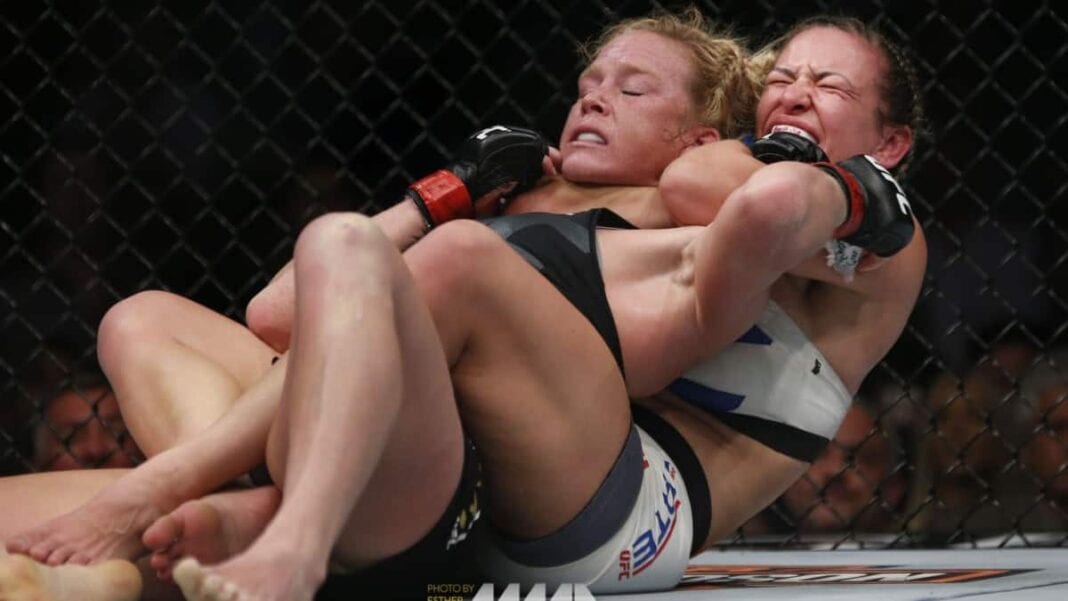 After shocking the world last November by dethroning longtime women’s bantamweight champion Ronda Rousey, Holly Holm looked to make the first defense of her title last March against Miesha Tate at UFC 196. Unfortunately, she was unsuccessful in doing so as she ended up getting choked out in the final round of the fight.

Looking back on that fight, “The Preacher’s Daughter” admits that could have shown more in that contest:

“I wish I would have gone a little harder,” Holm said at a media lunch this week (Via MMAFighting.com). “Because I know I’m capable of more than I showed in the fight. But a lot of times you can do something and get into a bad situation even sooner. Who knows?”

Holm was likely winning the fight prior to finding herself on the wrong end of a tight rear-naked-choke, but she gives all of the credit to Tate, who Holm says has had her moments against the division’s elite:

“If you look at Miesha before we fought, she had run through all the top girls,” Holm said. “She was outwrestling wrestlers. She dropped Jessica Eye with an overhand. She’s had her moments against some of the toughest.”

Since then, Tate has lost her title, as she was absolutely steamrolled by Amanda Nunes in the main event of July 9’s landmark UFC 200 event from Las Vegas, Nevada. Holm, on the other hand, will look to get back on track tonight (July 23, 2016) in the main event of UFC on FOX 20 against Valentina Shevchenko. A title shot could be on the line, but Holm also has her eyes set on revenge: