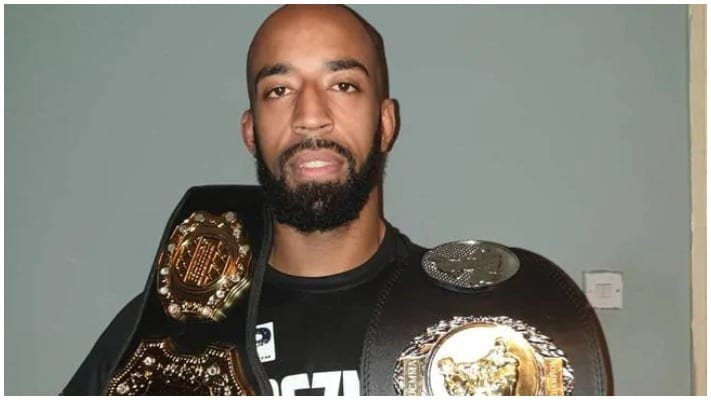 Bellator veteran Jahreau Shepherd was murdered at his 30th birthday party on the Black Prince Estate in Kennington, London this past weekend.

The welterweight fighter was at a barbecue with his family and friends on Saturday evening when he was attacked. Police officers and parademics tried to stop him bleeding but unfortunately was unable to save him. Shepherd was pronounced dead at the scene.

Jeremy Petley, MMA coach at the London Fight Factory where Shepherd trained led the tributes to the late fighter, he said.

“Jay was a great friend, fighter, training partner, coach and team member, and his sense of humour, positive presence and wonderfully loud laugh will be very much missed.”

Shortly after Shepherd was murdered another man arrived at hospital with stab wounds. He is believed to have attended the same party. The 26-year-old is expected to survive his injuries and will hopefully be able to provide information to the ongoing murder investigation.

Detective Chief Inspector Dave Whellams, from the Met’s Specialist Crime, said: “A man has lost his life and a family has been left suffering unimaginable grief because of the callous use of a knife to inflict fatal injuries.

“I will do all I can to get justice for this family, and, along with colleagues from my homicide teams, I will use every available tactic to find whoever is responsible for this terrible attack.”

Shepherd had a professional record of 6-2. He made his lone Bellator appearance back in 2018 – it was just the second fight of his career. ‘The Nightmare’ picked up in a unaminous decision win over Marcin Zywica at Bellator 200. At the time of his death he was riding an impressive five-fight win streak. In February he picked up a decision win over Quinten DeVreught at Contenders Norwich 29.

Everyone at LowKickMMA sends our deepest sympathies to the family and friends of Jahreau Shepherd at this difficult time.