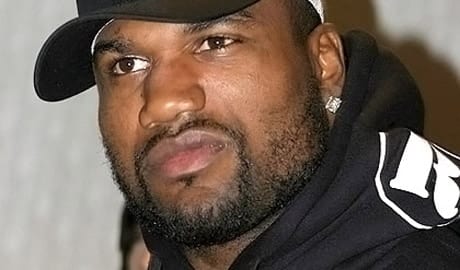 It looks like former UFC light heavyweight champion Quinton ‘Rampage’ Jackson won’t be making his triumphant return to the Octagon without a hitch just yet.

‘Rampage,’ who recently re-signed with the UFC and agreed to fight Fabio Maldonado at April 25’s UFC 186 from Montreal despite the fact that he was still signed to Bellator, will face a court injunction from his former employers according to a statement released today (Mon., March 2, 2015):

Jackson, who has completed only three fights of his exclusive six-fight contract with Bellator, is barred by contract from fighting for any promoter other than Bellator. Our lawsuit for an injunction and related relief – filed in the Chancery Division of the Superior Court in Burlington County, New Jersey – will compel Jackson to honor his contractual agreement.   We look forward to having one of our MMA stars fighting for Bellator again.”

Bellator President Scott Coker said that his promotion would fight Jackson’s because he was under contract, and they meant it. It will now come down to the legalities of the situation, as ‘Rampage’ has claimed that his strange Bellator contract signed under former CEO Bjorn Rebney contained an opt-out clause if Bellator did not deliver on certain agreed-upon provisions stated within.

However, Bellator believes that they did not violate any said terms, and will challenge the claim of Jackson and his management in court. Zuffa’s legal team has also allegedly seen no wrongdoing on the part of ‘Rampage,’ whom they brought back after he had a highly publicized falling out with promotional president Dana White.

But with three straight wins out of the full six he was contracted to Bellator for, Jackson believed it was time to mend the fences and go back to the ones that made him a huge multimedia star in the first place.

Whether or not he’s able to do that will come down to the ruling of Bellator’s injunction.