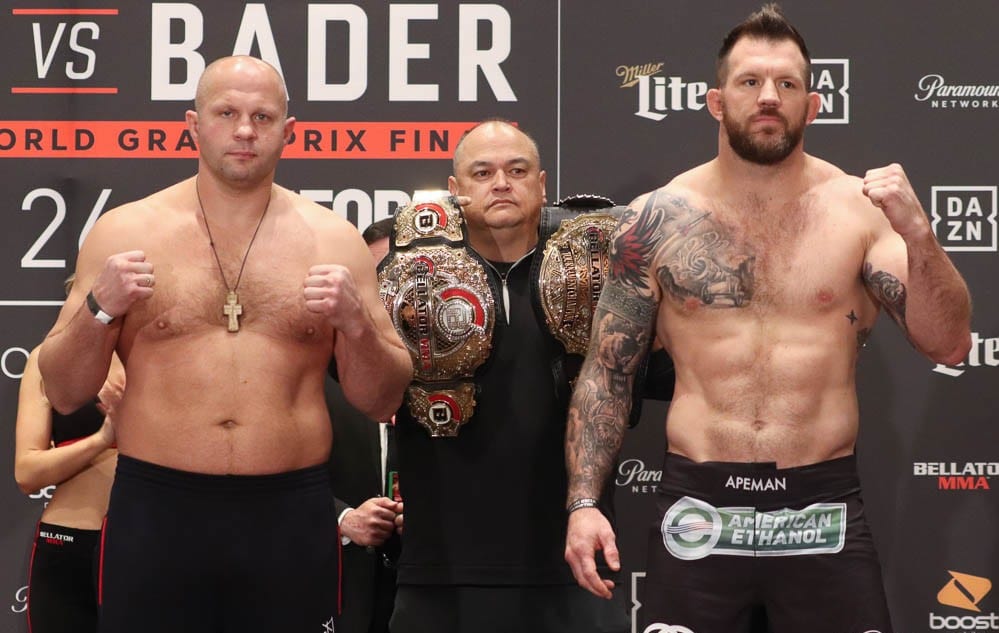 Fedor Emelianenko and Ryan Bader will headline tomorrow’s Bellator 214 and both men will cash six-figure paychecks for their efforts.

The Forum in Inglewood, Ca., will host the event that will crown both the World Heavyweight Grand Prix winner and a new heavyweight champion. Fedor will bring home a flat rate of $300,000 for his efforts while Bader will cash the only other six-figure payday on the night at $150,000 (flat rate). (h/t MMA Fighting).

Former professional wrestler Jack Swagger, whose real name is Jake Hager, will make his “real” fighting debut in a feature main card bout. Swagger will make a flat $50,000 for his new vocation. His opponent, J.W. Kiser, will earn $7,000/$7,000.

These figures do not represent a fighter’s total earnings. Certain sponsorship incomes, contract clauses, or discretionary bonuses are not publicly disclosed.