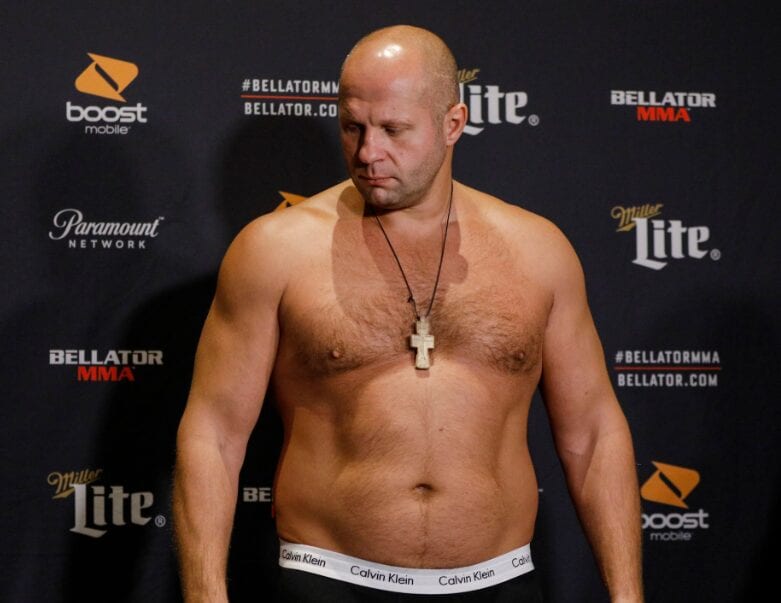 The event features Fedor Emelianenko vs. Ryan Bader for the vacant Bellator heavyweight title. The bout will serve as the finale of the Bellator World Heavyweight Grand Prix. The co-main event features rising star Aaron Pico’s next fight on his quest to becoming champion. He’ll take on Henry Corrales.

Fighters weighed in at today’s early weigh-ins. Now all that’s left is for the card’s competitors to square off at the ceremonial weigh-ins. You can watch them streaming live at 3 p.m. EST here: