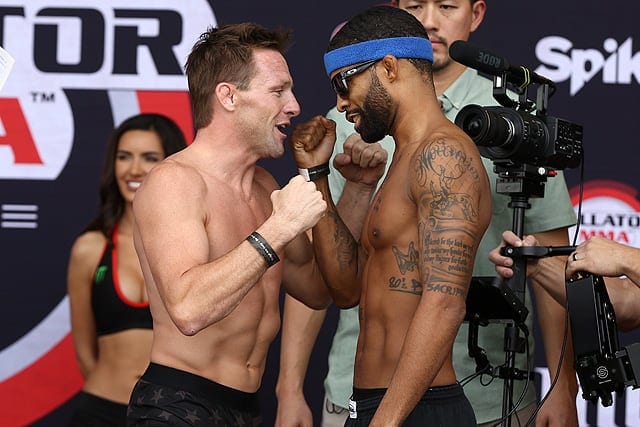 In the main event, former bantamweight champion Joe Warren took on rising competitor LC Davis for a chance at the next 135-pound title bout. Utilizing his touted wrestling as expected, Warren controlled Davis en route to a clear-cut unanimous decision, scoring 30-27 on all three judges’ scorecards.

In the co-main, UFC veterans Joey Beltran and Kendall Grove threw down at middleweight. The Hawaiian Grove fought tough until the end, finishing the usually iron-chinned “Mexicutioner” with a viciously huge TKO in the final round.

Check out the knockout courtesy of Whip Clip right here:

Below are the full results for the card: