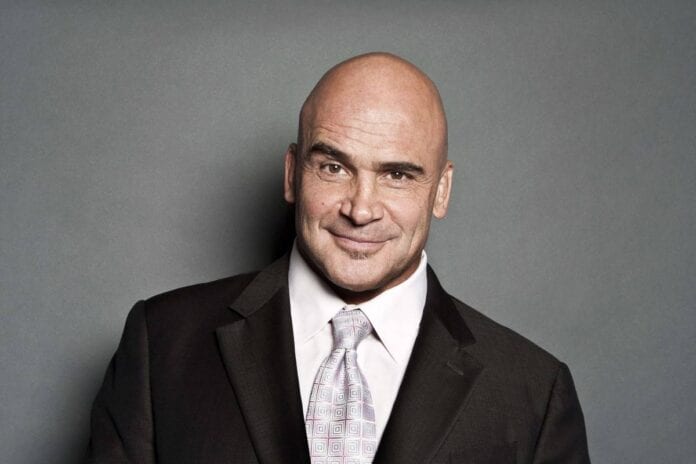 Former ufc heavyweight champion Bas Rutten has been there, done it and got the tee shirt in the world of mixed martial arts. An original student of the game, Rutten’s fan friendly style and brilliant commentary skills have made him a legend the world over, and a much respected pundit in the modern era of the sport.

During ‘El Guapo’s’ time as a color commentator in Pride, he got to see the best heavyweight of that period, Fedor Emelianenko, lay waste to the promotion’s marquee division. Talking with Submission Radio this weekend, Rutten was asked if he still believes Fedor is UFC bound, now he’s signed to fight with ex-Pride FC owner Sakakibara on the New Year’s Eve card:

“We don’t know what kind of contract he has, he’s playing a very smart game. He didn’t fight for a while, he got over his injuries, and he’s like ‘OK, if I fight in the UFC, maybe they are going to throw me to the wolves right away.’ So maybe this is just a warm up, maybe he fights three times, we don’t know, maybe after that he is free from his contract. If he feels strong enough then hopefully he will go to the UFC. I still feel he has the title of the greatest, I still believe he is the man.”

“He doesn’t need the money, he has more than enough money. That money he made in Japan was enough to last generations, so he is fighting because he loves the sport. It’s like when you play football, you want to end up in the NFL. In order to get true recognition you need to go there (UFC), they have the best fighters in the world. Yeah (I think he cares about going to the UFC to cement his legacy), once he fights a few fights and wins, i hope he is going to come for the UFC title.”

“I think (Jaideep Singh) is a great warm up fight for him, the Japanese love this type of fights, like when he fought Hong Man Choi and he armbarred him. It was like a kneebar on a normal guy. Fedor could fight a teletubby and the Japanese fans would come to watch him, he is the only guy who has that draw still in Japan.”

The subject then turned to the controversial topic of Nick Diaz’s five year ban by the NAC (Nevada Athletic Commission). ‘El Guapo’ says that the punishment really doesn’t fit the crime, but Diaz should have learnt from his first two run-ins with the NAC over Marijuana smoking:

“Listen, they’re going to go to normal court and this is going to get squashed. In front of the athletic commission there is feelings, like they know that Nick (Diaz) was fighting outside of WSOF in the street, so all these feelings come in to it. In a normal court you don’t have these. It is annoying, but it is a rule. The first time he got 20%, then it was 30% and last time it was a 35% fine. I said ‘why don’t you simply not smoke.”

“it’s like in Holland you can drink beer behind a wheel as long as you don’t go over the limit. But here (in America) you can’t even drive around with an open container, even if you are sober. It’s a stupid rule to me, but it’s a rule, so you won’t see me driving around with an open container of alcohol in a car. You have to simply live by the rules. But it will go to court, and I think five years was way too much, but if they can’t really prove it then it will get dismissed, everything will be OK.”

“If there’s one person who needs marijuana to function, it’s Nick Diaz. He should have just said that ‘I need this stuff to function,’ and be open about it. But this isn’t a ‘court’ court, this will change when it goes to real court. If any of these people would have sat down and had dinner with Nick Diaz, he’s a great guy, he’s really funny. But the only thing those people see is him fighting in Vegas at WSOF, don’t judge a book by it’s cover.”

Bas Rutten is the man, thanks for reading!