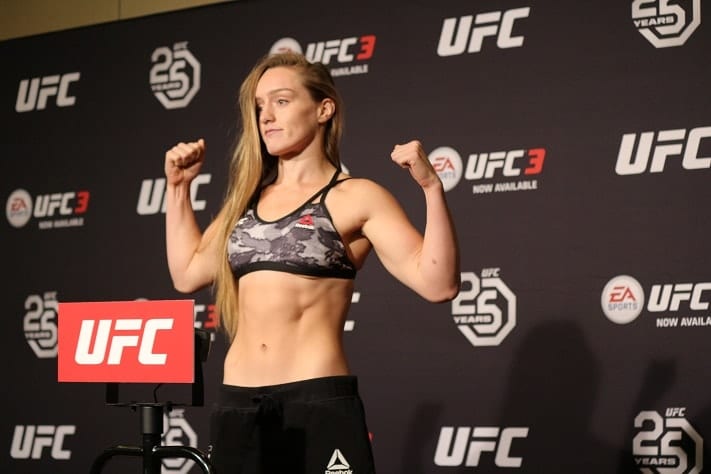 Aspen Ladd makes an interesting claim about her scheduled fight against former UFC women’s bantamweight champion Holly Holm being scrapped. They were supposed to fight at the upcoming UFC 235 pay-per-view event. However, on Thursday, it was revealed that the fight was off and that the promotion was looking for new opponents for both fighters.

Since the news broke, Ladd took to her official Instagram account where she made a claim as to why this fight was pulled. She wrote the following:

“I signed to fight Holly Holm on 12/27/18. I’m ready to and am finding out this information, just now, like everyone else. I don’t know why Holly and her team have now backed out. Sorry , this sucks, I have some good news to share soon. #thisblows #fightsoff #butwhy?”

The fight was called off due to ongoing contract extension negotiations with the UFC brass. This is according to Holm’s manager Lenny Fresquez who told ESPN.com: