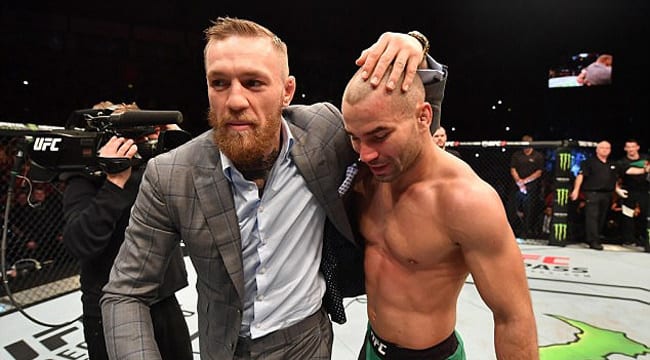 Artem Lobov recently reflected on what Conor McGregor shared with him after his latest victory.

This was a big one for the former UFC star, as he beat Paulie Malignaggi via unanimous decision with a 48-47 score on all three judges’ scorecards at the Bare-Knuckle FC (BKFC) 6 event. The show went down on Saturday night (June 22, 2019) in Tampa, Florida and aired on pay-per-view (PPV).

While doing a recent interview with MMA Fighting, Lobov talked about his conversation with the former UFC lightweight and featherweight champion following the win:

“I spoke to Conor, he said that was a good performance. I dominated the fight. I pressed the action all the time and he said it was a very good performance and a great win for me,” Lobov stated.

Despite the bad blood heading into the fight, Lobov doesn’t have any beef with the former boxing champion now. It also helps that Malignaggi announced that he was calling it a career for good this time after the fight:

“When you fight someone, it’s different. It’s a lot of conflict that you can have. Once you fought somebody, that’s it,” Lobov said. “There’s not much to it anymore. You went in there, you settled it like men, one on one, and that’s it.

“After that, I don’t think there’s really a point to kind of carry it with you, any of that negativity. You just go on with your life, be positive, and just enjoy your life and be a happy person. That’s how it is for me.”