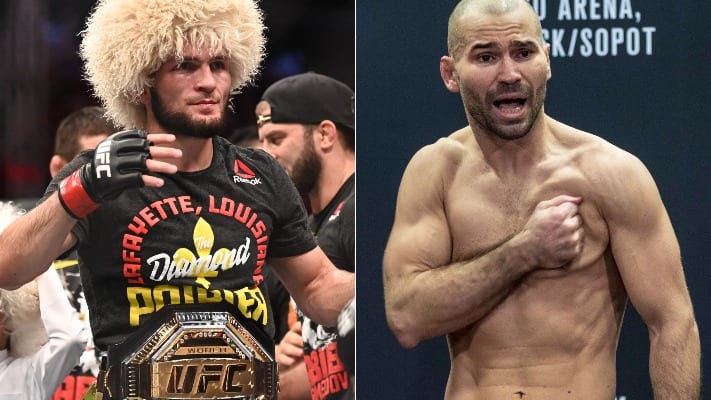 Bare-Knuckle FC star Artem Lobov has some unfinished business with UFC lightweight champion Khabib Nurmagomedov. Back in April of 2018, Nurmagomedov and several members of his team cornered Lobov in a hotel, before “The Eagle” slapped “The Russian Hammer.”

This incident, of course, sparked the infamous bus attack by Lobov’s friend and teammate Conor McGregor. Now, years later, Lobov finds himself competing for BKFC, while Nurmagomedov sits atop the UFC’s 155-pound division.

Speaking to Chael Sonnen on his YouTube channel, Lobov said things between himself and Nurmagomedov are far from settled. (H/T BJPenn.com)

“Definitely, things are not fine,” Lobov said. “There’s some unsettled business there, and I think in due course it will all be settled. But as of now, it’s definitely not. Not even close.”

Lobov believes a fight between himself and Nurmagomedov would be good business for him with all of his fellow countryman’s fans. It’ll keep “The GOAT’s” bank account nice and full.

“It’s Khabib’s fans obviously. I have a lot of Russian fans, myself, that support me – and obviously he has a lot of guys that support him,” Lobov said.

What do you think about Lobov saying his beef with Nurmagomedov isn’t settled?