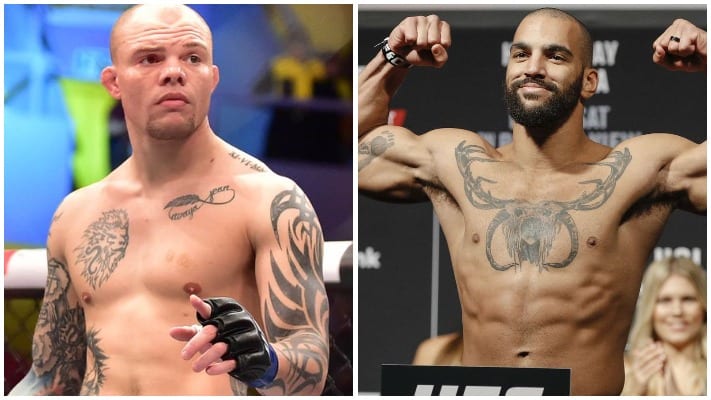 Anthony Smith is set to square off against Devin Clark next month according to a report from MMA Junkie, it reads:

“On Thursday, two people with knowledge of the situation told MMA Junkie that Clark (12-4 MMA, 6-4 UFC) and Smith (32-16 MMA, 8-6 UFC) have agreed to fight on Nov. 28 at the UFC Apex in Las Vegas. The people requested anonymity because the UFC has yet to make an official announcement.”

Clark was originally scheduled to face Shamil Gamzatov at the same event but the undefeated Russian was forced off the card due to visa issues. Clark won’t mind though after being matched up with one of the most high-profile names at 205lbs. The 32-year-old is in great form as of late, winning three of his last four fights. Last time out Clark scored an upset victory over the previously unbeaten Alonzo Menifield to stretch his current win streak to two. He’ll be hoping to propel himself into the light-heavyweight title picture by beating ‘Lionheart’ next month.

Smith is not enjoying the best of times recently. He suffered a gruesome TKO defeat to Glover Teixeira in May and was most recently outpointed by Aleksandar Rakic last month that saw him enter a two-fight losing streak. Despite his setbacks, Smith is still ranked No. 8 in the light heavyweight rankings and a tough night’s work for the vast majority of fights in the division.

Who wins on November 28? Anthony Smith or Devin Clark?