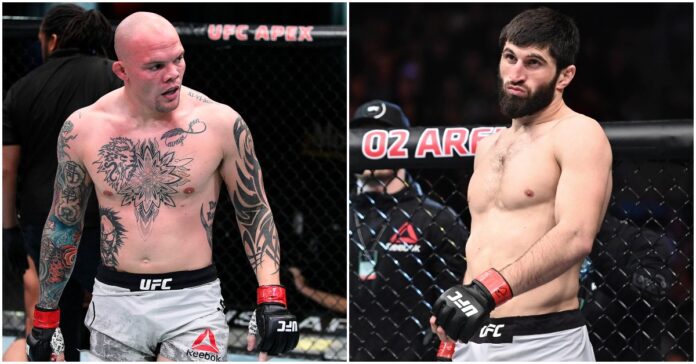 Longtime UFC veteran Anthony Smith is riding a three-fight winning streak and has been looking re-focused, and deadly lately. Nobody knows who Smith is fighting next, so he recently talked with MMA Fighting regarding his next move, and the fights that are intriguing and make sense to him.

Magomed Ankalaev or Paul Craig Next for Anthony Smith?

As far as the most intriguing fight goes, however, Anthony Smith would claim it was actually Paul Craig who piqued his interest the most.

Watch the full interview with ‘Lionheart’ below:

It’s been three years since Anthony Smith was on a winning streak like he is currently. Previously 2-3 in his last five, people questioned whether Smith could continue to compete at an elite level inside the UFC. The current light heavyweight champion Glover Teixeira delivered a brutal beat down that literally knocked teeth out of his mouth, and soon after, he’d also be defeated by Aleksander Rakic via decision.

However, ‘Lionheart’ was ready to prove the doubters wrong. He’s now amassed a marvelous streak of three first-round finishes in a row and is looking to continue to build momentum with his next fight.

Who do you want to see Anthony Smith fight next? Leave a comment below with who you prefer!