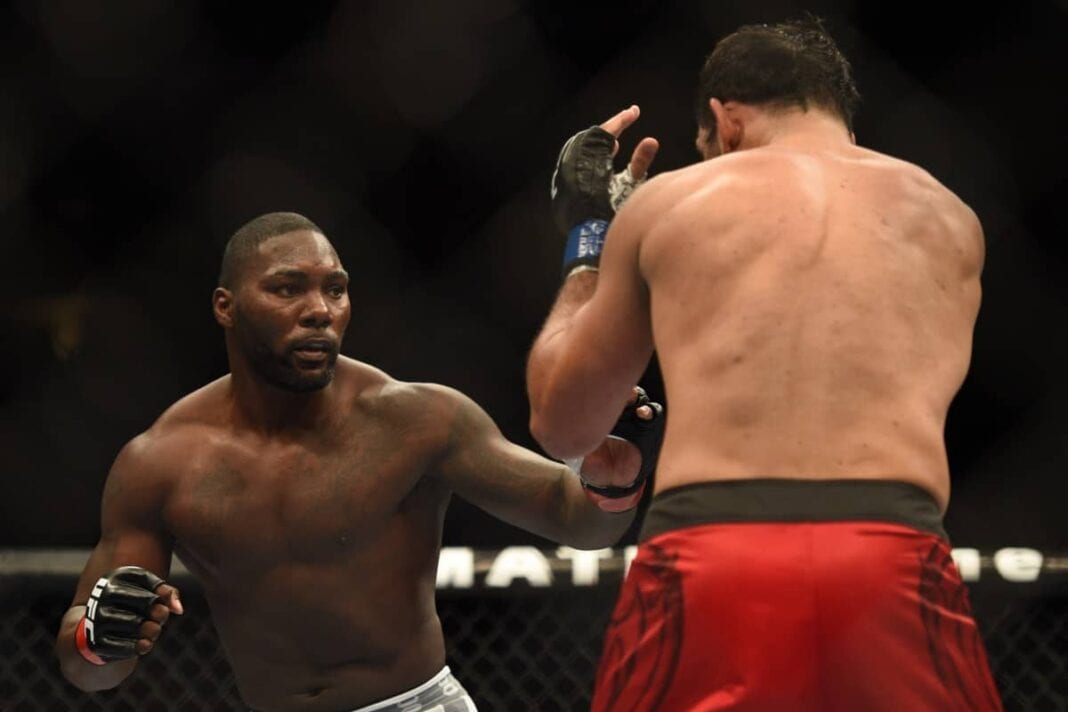 “Rumble” is reinstated and will be fighting in early 2015….

Great news for fans of UFC light-heavyweight wrecking machine Anthony Johnson, as we learn that the embattled KO artist has been reinstated by the promotion. “Rumble” was suspended earlier this year, putting to rest our hopes of seeing him fight against Alexander Gustafsson at UFC on FOX 13.

The domestic violenece case that the UFC has been investigating has apparently been dismissed, as the promotion officially announced today:

“The person who filed a civil temporary protection order against UFC contender Anthony Johnson last September voluntarily dismissed their complaint last week in the Florida Circuit Court. Before granting a dismissal of the case, the presiding judge independently questioned the alleging party regarding their voluntary intentions, and thereafter the judge dismissed the entire matter.”

“The dismissal of the case, along with an independent investigation that was commissioned by the UFC organization, brings closure to this matter for Johnson and allows him to return to competition in the UFC. As a result, UFC officials are exploring options for Johnson’s next fight to take place early next year.”

So I heard “The Mauler” is still looking for an opponent, and in early 2015 for that matter. Plus, there is supposed to be a UFC event going down in Sweden with Matt Brown and Tarec Saffiedine in January….

So with Anthony Johnson back in the UFC, how will this impact the light-heavyweight title scene? Well, for starters it gives Gus a legitimate opponent for his next fight….