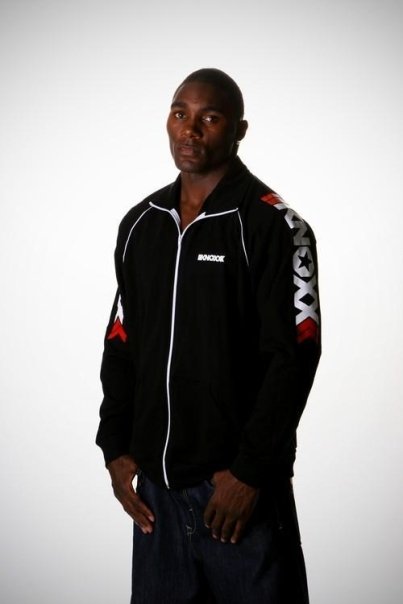 If you’ve ever watched an Anthony Johnson fight, you have to tell yourself not to blink because you could miss out on a potentially epic knockout or TKO. On paper we know he is a wrestler, but fans know that the man known as ‘Rumble’ has a very technical and powerful striking game to compliment his wrestling abilities. His left high kick has become a trademark in his arsenal; he also has dynamite in his fists. If any of these weapons were to touch an opponent’s chin they would for sure have the lights turned out in their head. “When I dropped Charlie Brennerman with that left kick, his chin made contact with my foot. He would have been unconscious if I hit him clean with my shin the way I intended.” Johnson stated.

For a long time, many fans have felt that Rumble was too big to be playing around in the welterweight jungle. But now they get their wish and he is making the jump to the 185lbs division to face ‘The Phenom’ Vitor Belfort. “I still want to fight at 170,” said Johnson “but I’m excited about making the jump to 185 and we’ll see what happens after this fight is over.” UFC 142 will be going down on January 14th 2012 in Rio de Janeiro, Brazil. The odds will be stacked against Anthony Johnson with the weight of a country on Vitor’s back and of course we cannot forget the hostile environment that Johnson will be venturing into. But Anthony doesn’t seem fazed at all by this new challenge and he seems to be embracing this huge opportunity. “Brazil is the MMA capital of the world. I know the Brazilians can get a little wild, but I’m really looking forward to this! It’s going to be fun fighting at 185 and I’m blessed that the UFC gave me this chance.”

In a way, this opportunity to fight the legendary Vitor Belfort is coming full circle for Anthony Johnson. The two first met after Anthony’s very first professional Mixed Martial Arts bout back in 2006. “I knocked out my opponent in one minute and nine seconds something like that. Vitor happened to be in the crowd, Shogun Rua was too. After the fight, Vitor gave me props and shook my hand. I never thought I’d be fighting a man who I shook hands with many years ago. I’m a fan of Vitor Belfort and always will be. It’s going to be fun fighting him.”

Going into this fight he arguably has one of the best camps in MMA behind him. The Imperial Athletics team aka The Blackzilians have a very well-rounded team featuring names like Jorge Santiago, Rashad Evans, Michael Johnson, Gesias Calvalcante, Melvin Guillard and Antonio Silva. Kickboxing / Muay Thai legends Tyrone Spong and Cosmo Alexandre are also part of the team helping work on the stand up department. “Training with The Blackzilians has been amazing. They are a good group of guys. Joining this team is one of the best decisions I’ve ever made.” Over the years Johnson has had many teachers, but his current camp is as elite as it can get in all aspects of the game. Early in his career he was training at the old Chute Boxe USA in LA where he learned from the likes of Wanderlei Silva and was once a part of Cung Le’s AKA USH Fight Team.

Growing up in a small town in Dublin, Georgia, Anthony Johnson was an adopted child who was raised in a loving home by his grandparents. He grew up in a tight knit family living on a small farm that raised animals and grew corn. Before he made his name knocking out opponents inside the cage, he was an accomplished high school running back and wrestler in his area. He was offered numerous scholarships to play college football, but decided to accept an offer to wrestle for Lassen College in Susanville, California. In 2004, he became a NJCAA National Champion in the 174lbs division.

He got into Mixed Martial Arts through a friend’s father who owned a gym back in his hometown and once he tried it he was instantly hooked. From that point on there was no turning back for him and he knew what he was destined to do with his life.  “Honestly, if I wasn’t a fighting right now I have no idea what I would be doing today” said Anthony.

From his humble beginnings to the biggest fight of his career, this is Anthony’s chance to truly put himself on the map, and perhaps even a title shot could be in the works if he wins this bout. The thousands in attendance at the HSBC Arena in Rio will be chanting Vitor Belfort’s name during this fight. But if anyone could possibly silence the crowd and shock the MMA world, it’s Anthony Johnson. His technical and powerful striking combined with his wrestling background make him a formidable opponent for Vitor Belfort. The Phenom will have his hands full in Rio and it will not be a walk in the park for both men. Could this fight go past the first round? Most would say no, but if it goes the distance or ends early just remember not to blink at all times. You could miss out on something very special if you do.

Anthony Johnson would like to thank his sponsors KNOXX Gear, Jaco, Tapout, and Authentic Sports Management.

Special thanks to Anthony for taking the time to conduct this interview and to Damon from KNOXX Gear and Jen from StarPR Las Vegas for making this possible.