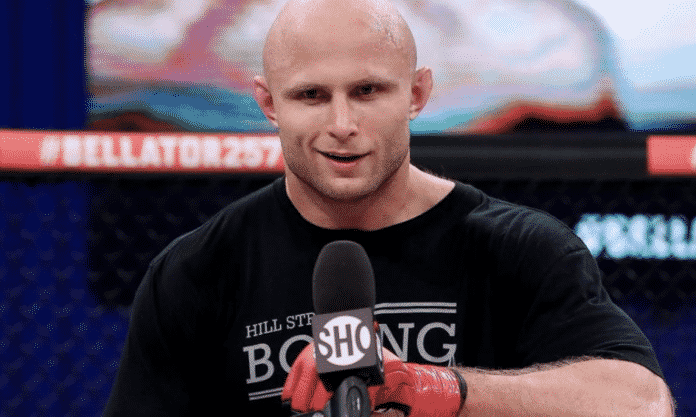 Julius Anglickas will get the opportunity of a lifetime.

Bellator recently announced that the Lithuanian-born fighter will step in to fight Vadim Nemkov in the semifinals of the light heavyweight grand prix at Bellator 268 on October 16.

Anglickas — who was originally set to fight grand prix alternate Karl Albrektsson — will now have the opportunity to not only advance to the finals of the grand prix, but also do it as the new Bellator 205-pound champion.

He would face the winner of the other semifinal between Ryan Bader and Corey Andeson which also takes place at Bellator 268.

Nemkov — who defeated Phil Davis to reach the semifinals — was originally slated to fight former UFC title challenger Anthony Johnson. However, “Rumble” recently pulled out due to illness.

Anglickas is coming off a unanimous decision win over Gregory Milliard in April and hasn’t suffered defeat since his sole pro loss which came back in June 2016. He holds a 10-1 record overall.