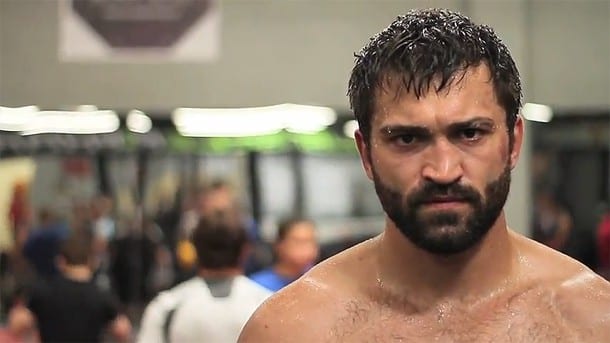 The Belarusian brawler, who’s called the United States his home for some time now, recently appeared on a Russian show only to see them introduce him with a video of him being knocked out by Alistair Overeem.

Arlovski will face Shamil Abdurakhimov at Saturday’s (Sept. 15, 2018) UFC Moscow, the promotion’s debut on Russian soil. He was feeling a bit of favoritism in this media appearance.

In the video, Arlovski calls out the show for rooting for Russian fighters:

“We are live, right? OK, let’s just stop this interview. You are rooting only for the Russian fighters. Thank you, good bye.”

The former champ has seen better days in his decorated UFC career, having lost six of his last eight pro MMA bouts.

But it’s a bit misleading as well, as he only recently lost a close decision to Tai Tuivasa ar June’s UFC 225. The loss snapped a two-fight win streak, something he’ll be looking to rekindle in Moscow this weekend.

When he does, it doesn’t seem like he’ll have the backing of the Russian media behind him.