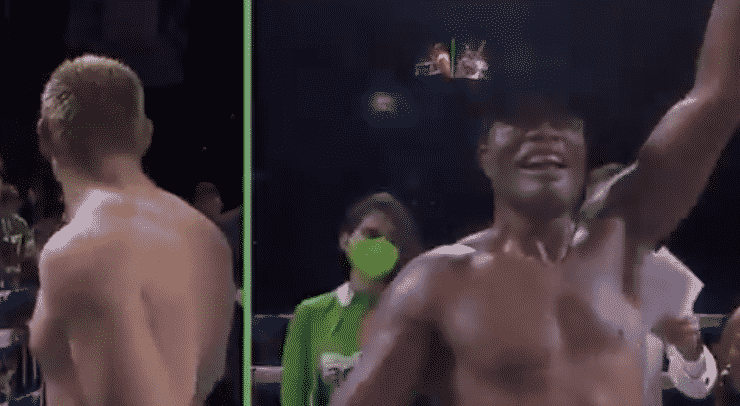 Anderson Silva is undecided on what’s next for him in the world of combat sports.

Many have since called for him to continue in the sweet science with one particular fight of interesting being a contest with Roy Jones Jr.

As far as Silva is concerned, however, he won’t be making any decisions for the time being. Part of that is because he feels he doesn’t have anything to prove.

“I don’t know,” Silva said about his fighting future (via MMA Fighting). “Now, I go back to my home and my son has a fight very soon, a kickboxing fight and I’ll go help my son. Maybe I fight jiu-jitsu, maybe I fight gi or no-gi, maybe I have next boxing fight. I don’t know. Right now, my focus is helping my son.

“Let me tell you something, I don’t have nothing more to prove to anybody. The boxing community have shown me respect, for my opponent I showed my respect, for the people here in Mexico. I love Mexico. I don’t know. Maybe I fight again in boxing. I’m free right now. I’m a free man. I try to do my best in everything I do in my life. My focus right now is to help my son. My son has a fight very soon and I’ll go help my son in training. I’m training my son for his next fight. The future is amazing. Everything is possible. Maybe I fight again or not. Right now my focus is enjoy my day and help my son to the next fight.”

As for the win, it was an emotional moment for Silva who had a rough end to his UFC career. That said, he can’t compare the win to some of his biggest moments inside the Octagon.

Whatever’s next for Silva, his fans will most certainly be watching.