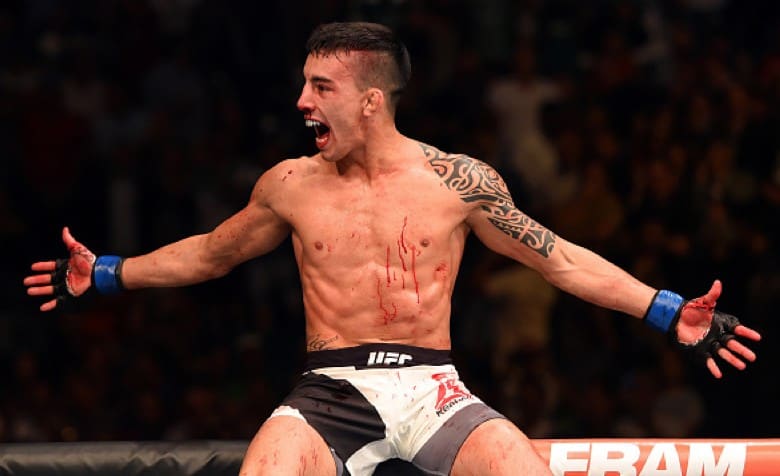 A fun bantamweight match-up has just been confirmed for UFC 235.

The pay-per-view (PPV) goes down from the T-Mobile Arena in Las Vegas, Nevada on March 2nd. It’s currently headlined by a light heavyweight championship match-up between Jon Jones and Anthony Smith. UFC welterweight champion Tyron Woodley will also be defending his title on the card against Kamaru Usman.

MMAjunkie reports that former undefeated bantamweight contender Thomas Almeida will be facing Marlon Vera on the card. Almeida suffered his first career mixed martial arts (MMA) defeat back in May of 2016. He was knocked out in the first round by Cody Garbrandt. The Brazilian bounced back with a victory over Albert Morales.

However, Almeida then suffered back-to-back losses to both Jimmie Rivera and Rob Font. His last fight took place in January of last year. Now, he’ll face Vera, who is currently on a two-fight win streak. Both Almeida and Vera are proven finishers, making this one a potential ‘Fight Of The Night.’