LowKickMMA.com
Home UFC News Aljamain Sterling Has No Regrets About Getting His Neck Surgery 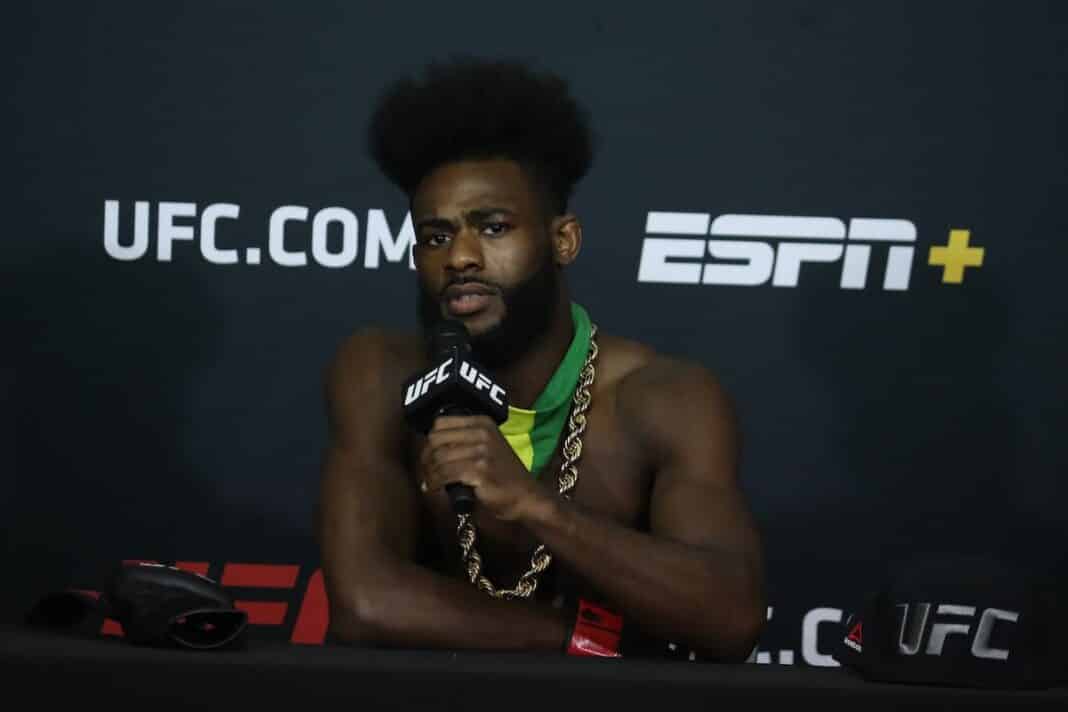 Aljamain Sterling has spoken about the neck surgery that he needed which prevented him from defending his title against Petr Yan at UFC 267.

Sterling had surgery on his neck after his fight with Yan at UFC 259. Sterling won the title from Yan by way of a disqualification after Yan landed an illegal knee while Sterling was still on the ground. Many MMA fans had a lot to say about how Sterling won the gold, mostly because Yan was pretty dominant in the lead up to that devastating moment.

A lot of fans have even proclaimed that Sterling may have been faking the injury so he didn’t have to go on with the fight. After the fight, Sterling went under the knife and thought he would be back in time for UFC 267. That didn’t work out and Corey Sandhagen has stepped in for him in an interim title fight against Yan.

Sterling recently appeared on the ‘The Fighter vs The Writer’ and had this to say about his injury, “I couldn’t be happier with the decision I made. To wake up, sleep, stand, and walk and not have constant radiating pain down my neck, it’s life-changing. The quality of life is so much higher. I can’t believe I didn’t do this sooner, if I’m being honest.” (MMA Fighting)

“Just to clarify — I know a lot of people thought I was injured. I’m not injured. I don’t know how many times that I can say those exact words. I’m not injured. I had a major neck surgery that just needed more time for the neurological stuff to get to where it’s supposed to be. It didn’t happen fast enough in six months. Obviously, it makes sense. It’s a big procedure. It’s something that I was dealing with for such a long time that once I finally got the problem taken care of, you need time to recover and time to heal. Like relearning for the nerves, to reconnect to all the muscles and do what they’re supposed to do so that they start firing.

Sterling is shooting to return sometime between February at the earliest, and March at the latest. It will be interesting to see who Sterling will be fighting, since technically he has a win over both Yan and Sandhagen. Although, it would be a shame if we don’t see Yan and Sterling square off in a rematch so many have been waiting for.

Are you excited to see Aljamain Sterling get back in the octagon?