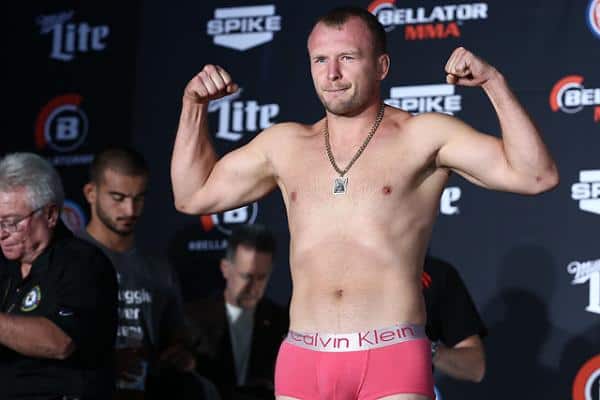 As punishment, Shlemenko has been suspended indefinitely and was fined $2,500, California State Athletic Commission (CSAC) director Andy Foster confirmed to MMA Fighting. His win over Manhoef, his second in a row after losing the middleweight crown to Brandon Halsey at Bellator 126, has been changed to a no contest.

“We are disappointed to hear about the results of Shlemenko’s drug test. As I’ve stated previously, performance-enhancing drugs have no place in this sport, and Bellator fully supports the commission in enforcing harsh penalties to deter fighters from taking banned substances.”

Prior to his win over Manhoef, Shlemenko had lost two straight fights to bruising wrestlers inside the Bellator cage, something that may have had much to do with the news of his unfortunate indiscretion.

Emelio Chavez also failed a drug test for marijuana at Bellator 133, and Foster stated that he had been suspended for 30 days and fined $100 plus the cost of the test.