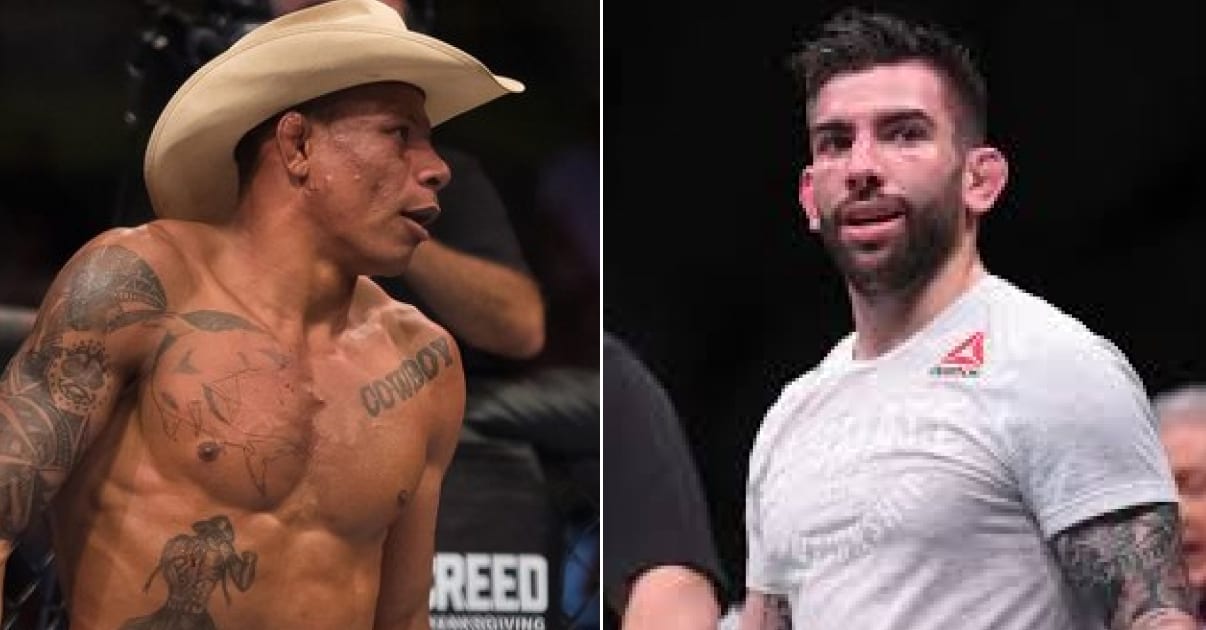 The co-main event of the evening features all action Brazilian fighter Alex Oliveira taking on Italian striker Carlo Pedersoli in what should be a fight of the night contender.

Oliveira is riding high after submitting former interim welterweight champion Carlos Condit at UFC on FOX 29 back in April. “Cowboy” looks to defeat the Italian and in so doing winning seven out of his last eight fights.

The 25-year-old Pedersoli makes his second walk to the Octagon in Sao Paulo. He defeated Brad Scott in his UFC debut at Fight Night 130 back in May of this year.

Both men come out in a wide standing karate stance. They exchange leg kicks. Then Oliveira lands a short right hand on Pedersoli’s temple that sends the Italian to the canvas unconscious. 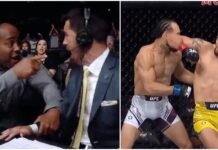 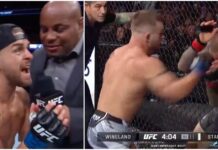