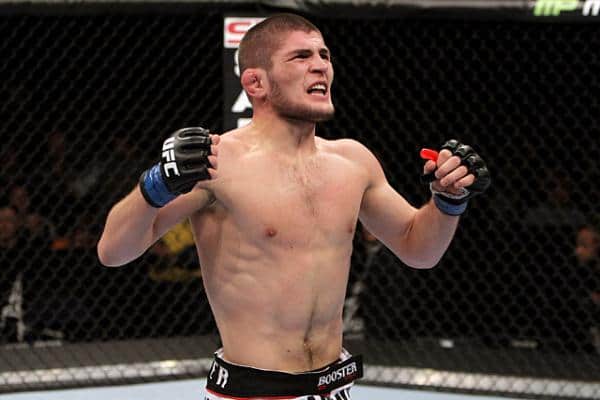 Undefeated top lightweight contender Khabib “The Eagle” Nurmagomedov said that he received two contracts to fight reigning 155-pound king Eddie Alvarez – one for Nov. 12’s UFC 205 and one for Dec. 10’s UFC 206, but it now appears as if those contracts simply represented a negotiation tactic by the UFC, as Alvarez will instead defend his strap against featherweight king Conor McGregor at UFC 205.

Nurmagomedov will fight Michael Johnson on the same card.

“The Eagle’s” head coach, Javier Mendez, head trainer at San Jose’s American Kickboxing Academy, said that he was ‘disappointed’ in the way that the promotion treated his fighter:

Nurmagomedov has made his feelings about UFC 205’s main event clear, and he’s had some harsh words for both Alvarez and McGregor, but Mendez said that it was simply out of frustration:

A win over the No. 6-ranked Johnson would improve Nurmagomedov’s overall record to a perfect 24-0 while improving his UFC record to 8-0, making him the clear cut No. 1-contender.