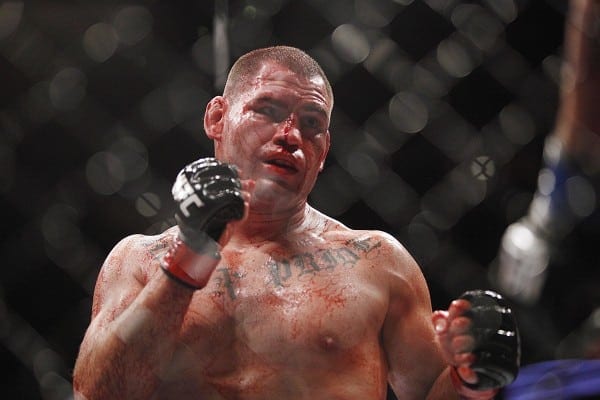 However, in what seems to be a common trend now a days, the Mexican-American was forced out of the bout with a back injury. Werdum would withdraw soon after, and the fight was scrapped completely.

Velasquez’s injury required him to undergo yet another surgery, and he has done just that. Recently taking to his official Facebook page, the former champion claimed that his surgery was a “complete success”, and said that he hopes to return to full training next month:

“I wanted to update you all on how my injury has been progressing.

First off, I want to thank you all for your amazing support. Your messages and your support have really helped me and my family through a tough time.

I had orthoscopic surgery on Monday morning to remove some bone spurs that were pinching my sciatic nerve. The surgery was a complete success and I can’t tell you how well I’m feeling already.

My doctors have recommended I take it easy for now but can begin light training in about two weeks. They also think I’ll be able to train at 100% in about four to five weeks. I’ll follow their orders but I can’t wait to get back in there.

I’ll keep updating everyone right here and on Twitter.

While Velasquez undoubtedly wants the opportunity to regain his title, it’s currently unclear what the UFC plans to do with the cloudy heavyweight title picture.

After Velasquez pulled out of the bout with Werdum, top contender Stipe Miocic quickly stepped in to take on the champion before “Vai Cavalo” pulled out himself. With that being said, Miocic could very well be next in line for a title shot.

No. 5-ranked Ben Rothwell also just picked up his fourth straight stoppage victory over Josh Barnett, and he too is knocking on the doors of a shot at gold.

What should be next for Velasquez upon his return?