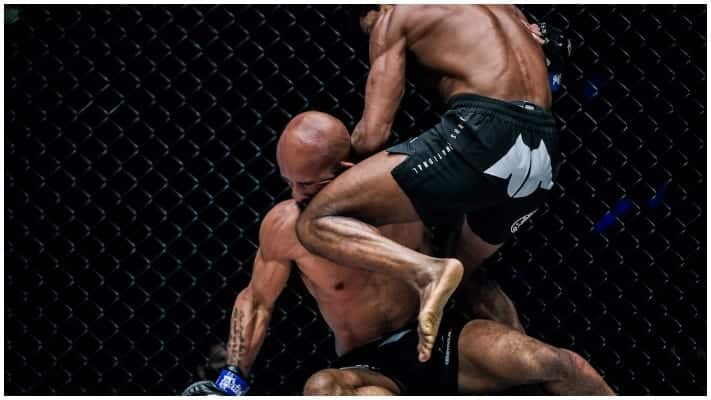 ONE Championship flyweight titleholder, Adriano Moraes, has revealed a conversation he had with UFC contender Jorge Masvidal ahead of his fight against Demetrious Johnson.

Moraes picked up the biggest win of his career when he knocked out ‘Mighty Mouse’ inside two rounds at ONE on TNT 1 earlier this week. The Brazilian dropped Johnson with an uppercut before landed a picture-perfect knee to his grounded opponent. Moraes swarmed with some punches before the referee mercifully stepped in.

Ahead of the fight his ATT teammate, Masvidal advised him to look for the knee against Johnson, “the knee can change your life.”

“Some weeks ago, a month ago, when he saw me in fight camp preparing to fight, he said, ‘Adriano, I see how you train and let me tell you something, the knee can change your life. Like the knee I did on Ben Askren, you can do on Demetrious Johnson because you have good knee attacks,’” Moraes told South China Morning Post

Moraes clearly listened to his teammate and became the first man to stop Johnson, who is widley regarded as the best flyweight fighter of all-time.

The ONE Championship star is grateful to have Masvidal as a friend and predicts we’ll see ‘Gambred’ lift UFC gold in the near future.

“Man, he’s always inside the gym working hard, he’s such an amazing guy. He’s a good teammate. He likes to help his friends,” Moraes said. “He’s a veteran fighter. He knows what you need to do to get this win and bring that belt home. So I think this fight is going to be tough, but he’s going to do good. I think he’s going to win via TKO in the second or third round.” (Transcribed by BJPENN.com)