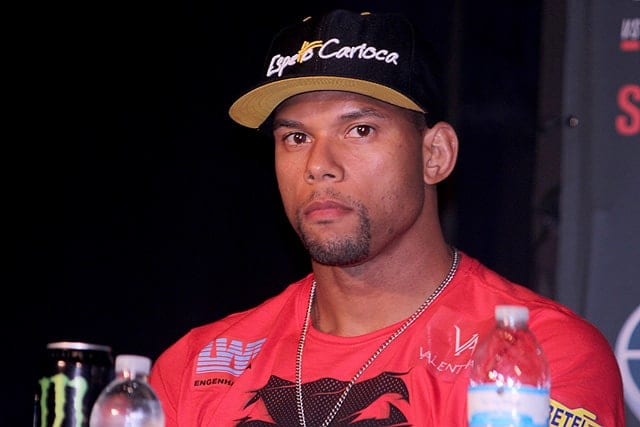 Rising middleweights Elias Theodorou and Thiago Santos got the main card of this evening’s (Thurs., December 10, 2015) UFC Fight Night Night 80 started at The Chelsea at The Cosmopolitan in Las Vegas, Nevada.

“The Spartan” came out winging kicks, pressuring the Brazilian with repeated strikes. They glanced off Santos’ arms, but he struggled to find his rhythm early as Theodorou continued an onslaught of kicks. A good lunging shot came followed by a hard low kick, and it was clear “The Spartan’s” striking had evolved.

Santos landed a hard spinning body kick of his own, but Theodorou dropped him momentarily with a front kick. The first round ended with Theodorou working the clinch to finish a strong round.

The second frame began with Theodorou throwing more kicks, but he soon switched to a solid takedown to neutralize Santos up against the cage. He continuously drove Santos into the fence, and despite a few elbows, “Marreta” couldn’t mount much offense until a restart. Theodorou worked hard for a takedown again and got a brief one as Santos  got right back up to close the second.

‘The Spartan’ used a boring clinch game once again as the final round kicked off, yet Santos broke to land some crisp strikes before Theodorou went for yet another clinch on the fence. A large cut on Theodorou’s forehead lead to a brief stoppage, and “Marreta” unleashed some huge strikes to rock Theodorou on the restart. “The Spartan” was saved by the bell a bit as it went to the judges’ scorecards and Santos took home a unanimous decision, handing Theodorou his first-ever loss in MMA.