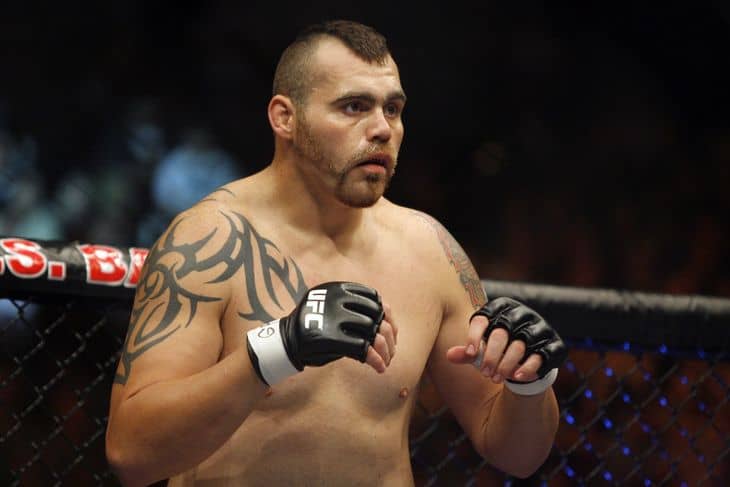 Former UFC heavyweight champion Tim Sylvia makes no bones about it, he is not a fan of UFC President Dana White. Admittedly, White is not liked by many fans or fighters in that sense.

In the first few years of his career, Sylvia had a great career but started to lose fights after he left the UFC. Sylvia would go on a wild rant while speaking with former UFC middleweight title contender Chael Sonnen when he appeared on Sonnen’s podcast (You’re Welcome) recently.

According to Sylvia, White blackballed him from the UFC when he left and signed with the UFC’s rival at the time, Affliction.

“You know Dana White. He’s just a f–king d–k. He’s just holding a grudge. They’re pissed off because I went to support Affliction. I was sponsored by [Affliction] for three years before that fight. Dana’s just a d–k. He holds grudges. They blackballed Andrei Arlovski as well, but he was smart, went to a good camp, started picking and choosing who he fought and put eight or 10 wins together. They had no choice but to bring him back to the UFC.”

Sylvia then brought up that he always wanted to fight Brock Lesnar before he left the UFC for Affliction.

“I was making $100,000 [to show] and $100,000 [to win] in the UFC. I would have to win four fights in the UFC to make the $800,000 to get what I was paid [at Affliction]. I had one fight on my contract left and I wanted to fight Brock Lesnar next. They wouldn’t let me do it…I was like, ‘I’m the [former] f–king heavyweight champ and this guy comes in and he’s making this kind of money? He’s only fought once in his career.’ I was very bitter, very pissed off. [The UFC] said they were going to have me fight Cheick Kongo over in Europe and I said I wasn’t interested. I asked them to release me from my contract, they did and the next day I signed with Affliction.”

You can listen the entire interview here: