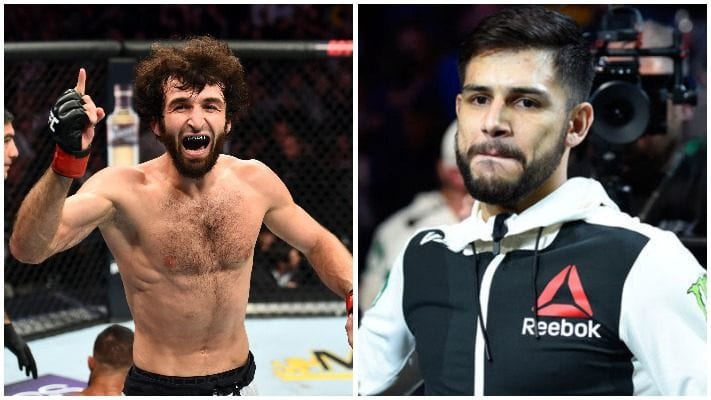 Top 5 featherweights Zabit Magomedsharipov and Yair Rodriguez have agreed to finally fight in the main event of an ESPN+ Fight Night card in less than a month, on August 29th at the UFC Apex in Las Vegas. Zabit posted on his Instagram page announcing the highly anticipated bout, that had been rumored for months now.

Two years later, on the third attempt, this fight will still take place.

Magomedsharipov (18-1) is the No. 3 ranked featherweight in the UFC. The 29-year-old Russian is riding a 14-fight win streak overall and he has a perfect 6-0 record in the UFC. He holds some major victories over the likes of Calvin Kattar, Jeremy Stephens, and Sheymon Moraes.

Rodriguez (13-2, 1 NC) is the No. 5 ranked featherweight in the UFC. The 27-year-old Mexican is a former winner of The Ultimate Fighter and he is 8-1, 1 NC overall in the UFC with huge wins over Jeremy Stephens, Chan Sung Jung, BJ Penn, Andre Fili, and Dan Hooker. Rodriguez is currently on a three-fight unbeaten streak and has not lost in over three years since a TKO loss to Frankie Edgar in May 2017.

It seems as if Zabit will be the favorite going into this huge bout, but could easily be a pick em. The winner could very well go on to face featherweight champ Alexander Volkanovski, especially if they win in spectacular fashion.

Certainly some interesting scenarios in the stacked Featherweight division.

Who do you think would win Zabit vs Yair?