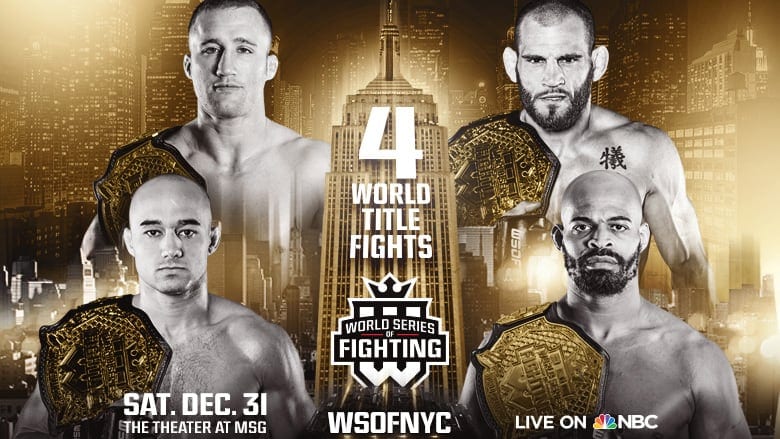 World Series of Fighting officials held the weigh-ins for WSOF 34 on Friday afternoon.

WSOF 34 takes place on Saturday, December 31st, at The Theater at Madison Square Garden in New York City, New York.The prelims will start at 2 p.m. ET on WSOF.com and then on NBC Sports Network at 3 p.m. ET. The main card starts at 4 p.m. ET on NBC.