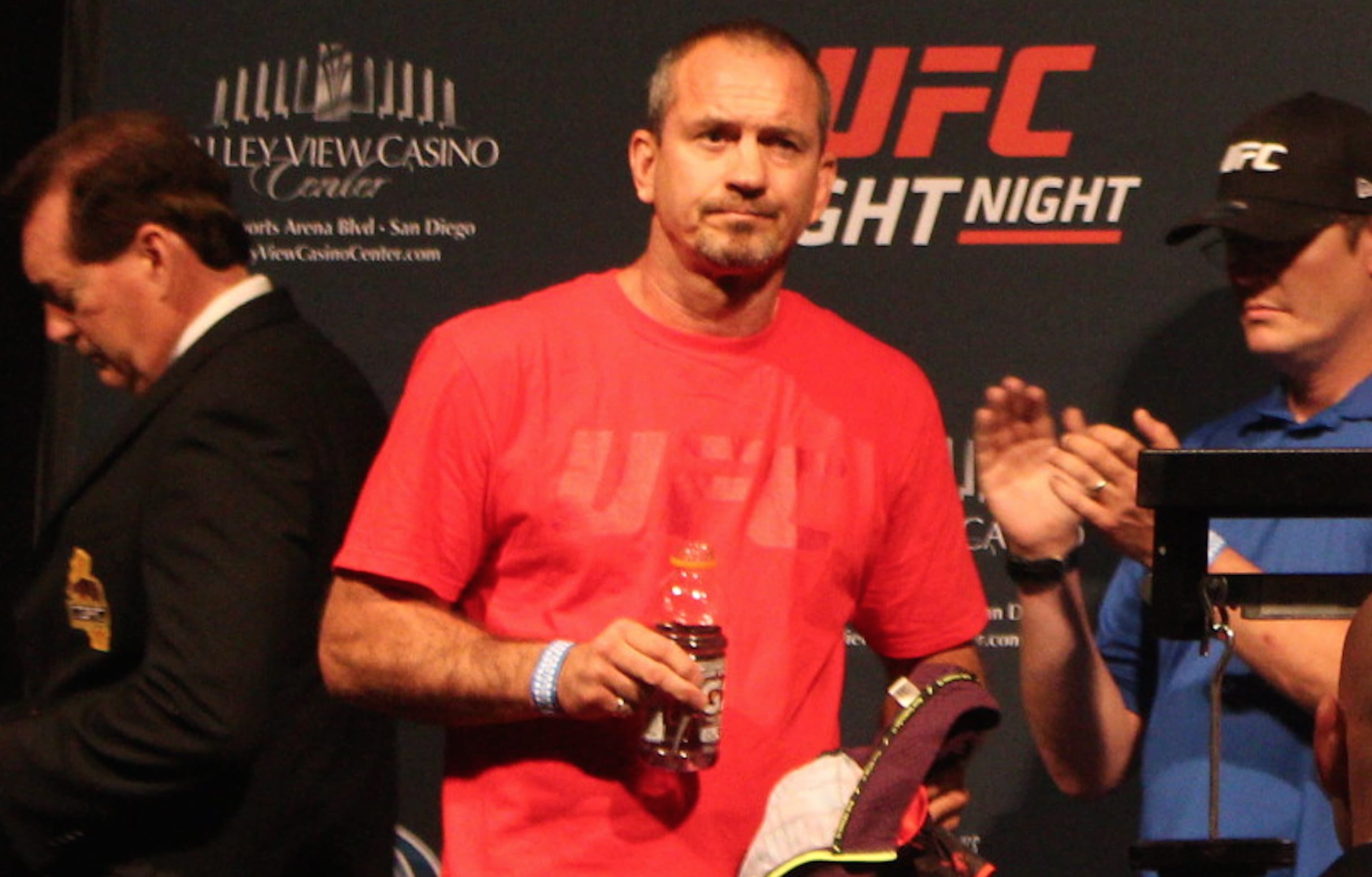 In the lead-up to UFC Denver, much of the talk surrounding the event was fixed on Donald “Cowboy” Cerrone and Mike Winkeljohn.

Apparently, Winkeljohn showed favoritism for gym newcomer Mike Perry, who Winkeljohn opted to train over Jackson-Wink veteran Cerrone due to financial reasons. This led to a harsh back-and-forth between both men through the media. When it was all said and done, Cerrone submitted Perry in the first round of their UFC Denver co-main event.

Now, Cerrone is teasing a possible lightweight match-up with UFC mega-star Conor McGregor. Meanwhile, Winkeljohn seems to be getting some hate online from internet trolls. It seems the situation with fan-favorite Cerrone has upset fans, and the veteran coach is feeling the backlash online.

As it turns out, Winkeljohn said he doesn’t pay too much attention to social media and is much more focused on more pressing matters. One of those being coaching Jon Jones for his upcoming Octagon return against Alexander Gustafsson at UFC 232 next month. Winkeljohn spoke to “Submission Radio” recently and discussed the hate he’s receiving online.

The ordeal seems to have little to no effect on Winkeljohn:

“What’s funny is that I don’t even look at the internet, so I don’t even know what’s going on. People come tell me, they come running to me to tell me, but I could care less. I see it as we’re very successful, people want to take us down, they’re jealous of our success.

“And so I expect more and more of it to come in the future. I’m doing great, man. I love my job, I’m going to go in now and work with Jon Jones. I’m real excited about the future and I’m so glad I’m not doing anything else for a living.”