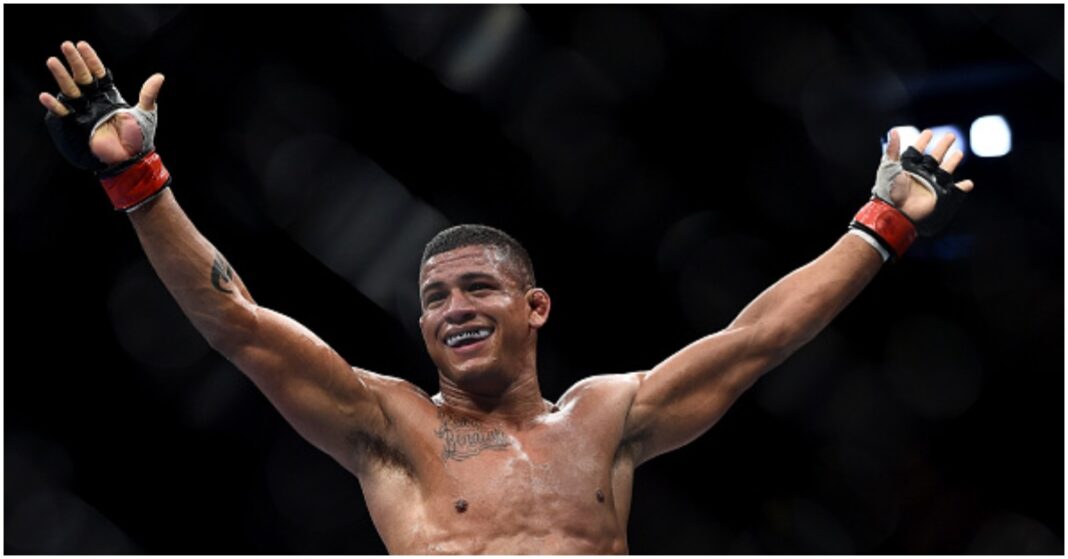 UFC 273 is nearly upon us and one of the most highly anticipated fights is between Gilbert Burns and the Chechen-born madman Khamzat Chimaev. ‘Borz’ has been having up to five training sessions a day, while Burns has been following a strict seemingly-superhuman training regimen.

MMA Junkie followed Gilbert Burns for a day to get an inside look at his training camp for the Chimaev fight. The vlog starts with ‘Durinho’ driving to the gym, outlining the focus of his camp and the fight with ‘Borz’ as a whole.

“It’s an exercise that mimics a lot of things that I wanna do in the fight, like a couple scrambles… It’s a lot of cardio things, so it’s rough, it’s not easy,” Burns would start off.

‘Durinho’ would go on to talk about his championship aspirations, saying he has a “few more fights” left in him. Soon, he and the MMA Junkie crew would pull up to the gym, and a workout that would likely cause a normal person to pass out or at least throw up would begin.

Rio Santana the general manager of IHP would then talk to the cameras and give a general rundown of the workout Gilbert Burns would soon undergo.

“Today we got UFC at IHP. It’s pretty much hell. It’s about 13 different stations set up…” Santana would begin. “Every single fight we re-evaluate, and we see what he (Gilbert Burns) wants to do… Today, right here, we got the UFC circuit… All of his documents from the day he started with us, in his folder. And what we try to do is we try to mimic every single station to fatigue him mentally and physically…”

“Step by step we just get him (Gilbert Burns) more tired, and more tired,” Santana continued. “From pushing with the tank, to shuffle, to shadow boxing, to bag-hoist… he’s doing pushups: 60 reps. He’s doing that three times. it’s pretty nasty, just trust me. You guys are gonna see it, and you’ll be out of breath just watching.”

Workouts would begin, and we’d get to see the insane regimen Santana outlined. Burns would rip the Versa-climber, push weights, hit pads, and do pushups, including so much more. It truly was an insane regimen to witness, and one could only imagine the ridiculous shape ‘Durinho’ is in ahead of this Khamzat Chimaev fight.

Watch the full workout for yourself down below: