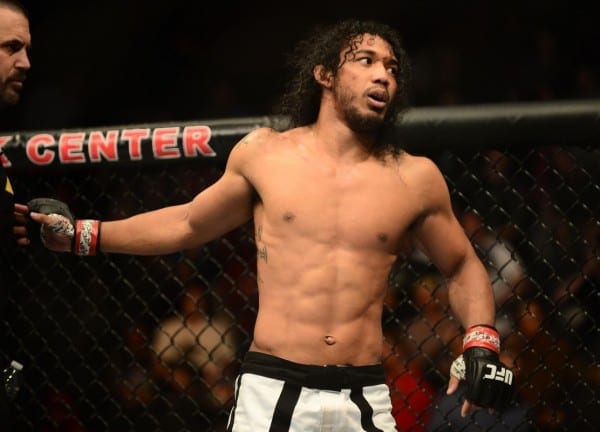 With his next MMA bout against Thiago Alves not until November 28’s UFC Fight Night 79 from Seoul, South Korea, former UFC lightweight champion Benson Henderson had some time off to compete in the -77kg opening round of the Abu Dhabi Combat Club (ADCC) 2015 grappling tournament.

There, he took on dangerous Dagestani grappler Abdukadirov Magomed, and it didn’t exactly turn out how Henderson had hoped. After having his back taken, Henderson fought hard to fend off a rear-naked choke attempt, and then remained in the hold for quite some time when it was locked on. But Henderson ultimately succumbed to the choke, tapping out to end his ADCC 2015 early.

“Smooth” previously competed in ADCC in 2013, advancing to the quarterfinals until he was submitted by an Otavio Sousa armbar.

Meanwhile, Magomed advances to this year’s quarterfinals, where he will take on touted UFC lightweight prospect and Jiu-jitsu wiz Gilbert Burns.