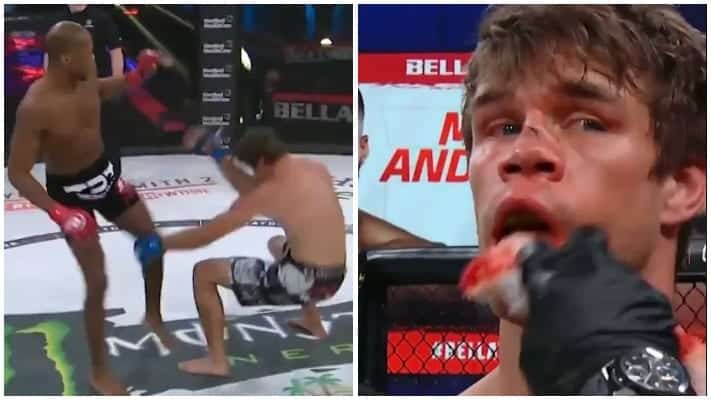 Michael Page stretched his winning run to five at Bellator 258.

‘Venom’ dominated Derek Anderson throughout the opening round.

As the round progressed the Englishman began to overwhelm his opponent.

‘The Barbaric’ impressively popped straight back to his feet but his nose had been badly damaged.

Anderson was dropped again but survived the first frame.

The cageside doctor waved off the fight between rounds.

Page picks up his fifth successive win and moved one step closer to a title shot.

Who do you want to see Michael Page fight next?