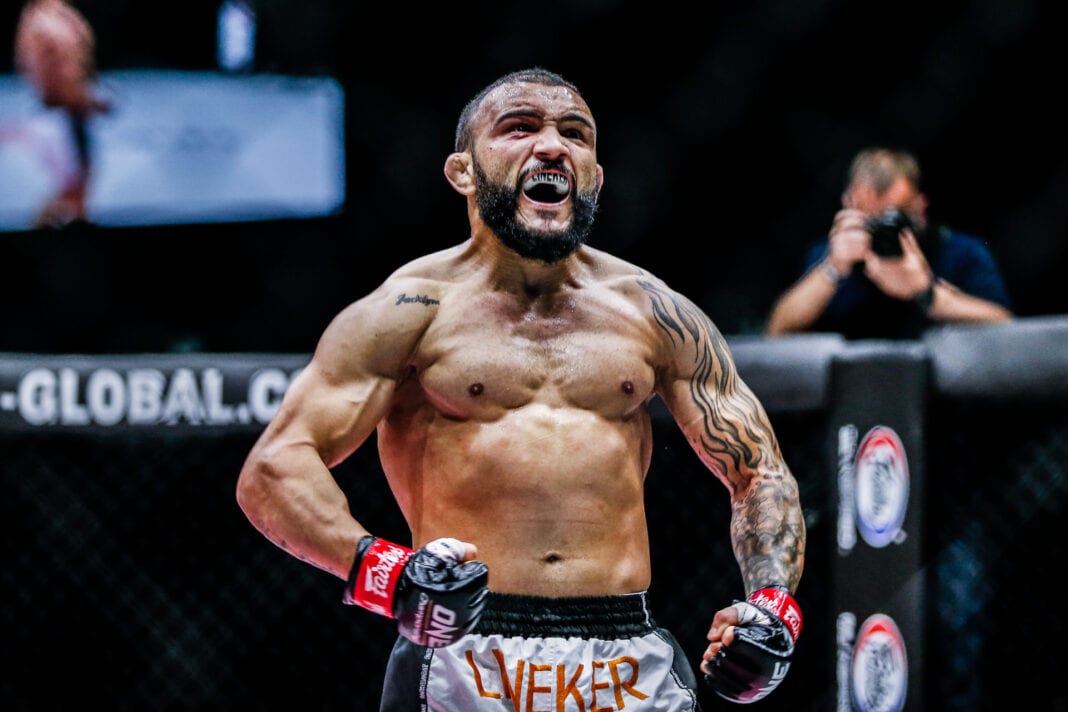 John Lineker lived up to his “Hands of Stone” moniker at ONE: Inside The Matrix III, with a second-round KO of former ONE Bantamweight Champion Kevin Belingon. The event, which took place inside the Singapore Indoor Stadium, saw Lineker go 2-0 under the ONE banner and state his case for a shot at Bibiano Fernandes’ bantamweight strap.

The Brazilian came out strong in the opening stanza, looking to force Belingon back up against the cage and punish him with his brutal power. The Filipino, however, was looking to score an early KO of his own, firing back with his dynamic kicking game. The fact that both men were willing to engage from the start meant a stoppage was always on the cards.

Lineker took control of the contest in the final minute of the first round. The former UFC veteran finding his rhythm and cracking Belingon with several heavy punch combinations. The 30-year-old picked up where he left off at the start of the second. He dropped Belingon with a right uppercut to the temple and then went on the attack, forcing the ref to wave the fight off at the 1:16 mark.

Coming into this fight, Belingon was the number one ranked contender. Lineker’s dominant victory means it will be hard for the ONE matchmakers to deny him a shot at the crown.

Here are the full results from ONE: Inside The Matrix III