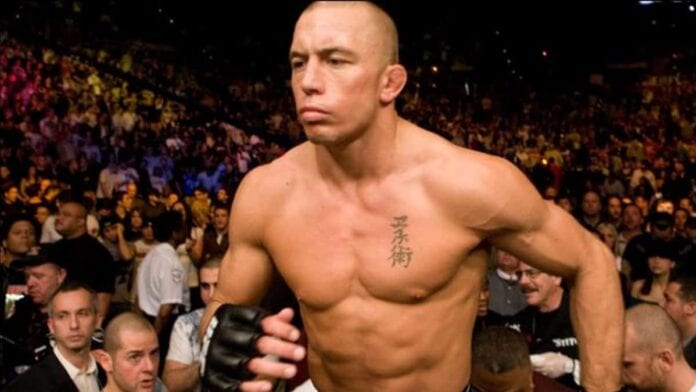 After a rough and tumble day due to the last-minute cancellation of tomorrow’s (Sat., March 4, 2017) UFC 209 co-main even between Khabib Nurmagomedov and Tony Ferguson, the UFC at least got to have a positive moment when legendary former welterweight champion Georges St-Pierre made his public return in a press conference with upcoming opponent Michael Bisping.

But before St-Pierre threw down in an entertaining verbal battle with “The Count,” whom he was announced to be fighting for the middleweight crown sometime later this year this week, he went to the T-Mobile Arena to step back into his office.

And he looked wholly content to do so. Watch GSP set foot back into the place he belongs to jump back into his traditional pre-fight routine courtesy of UFC PR girl Paige B. right here: