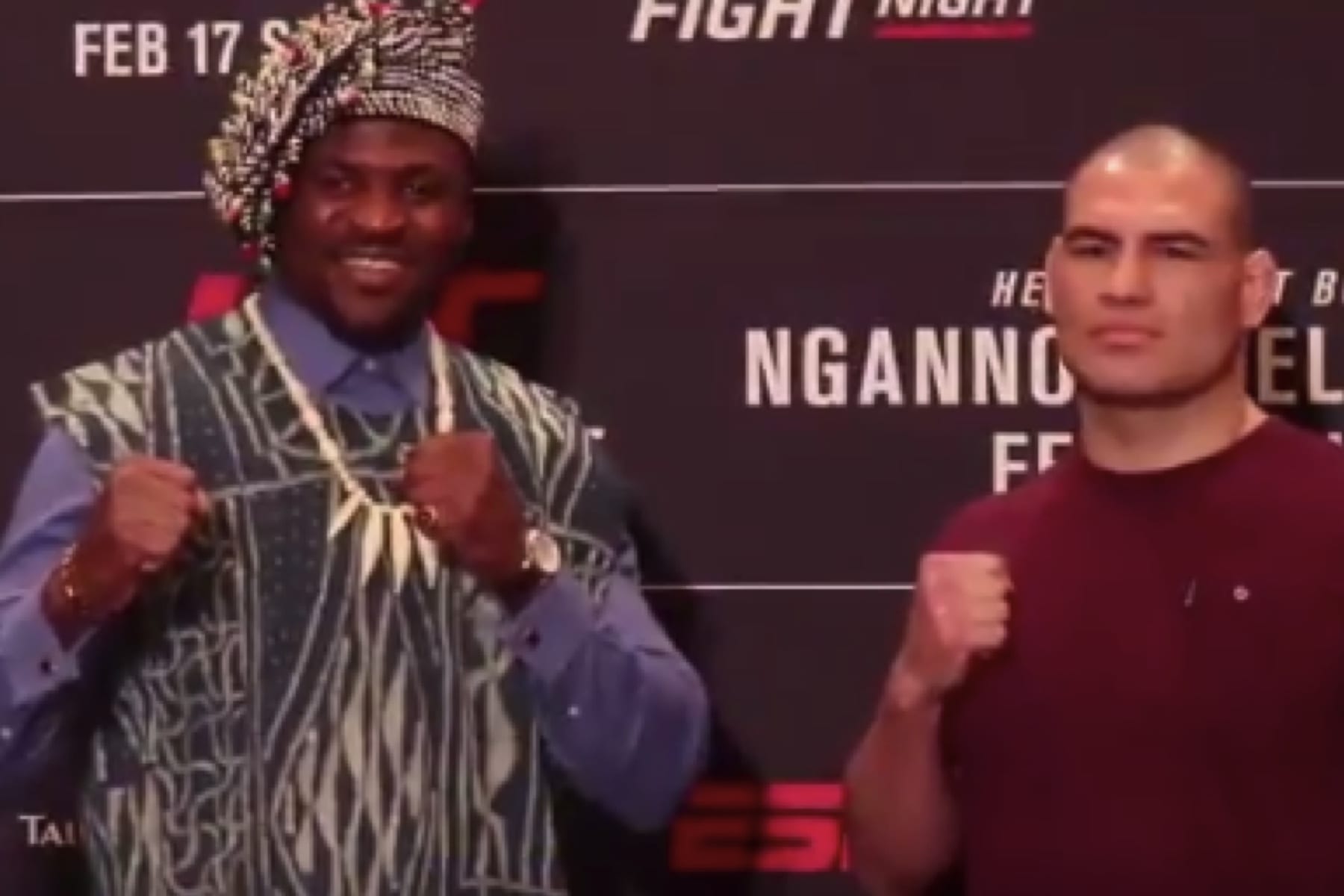 Former UFC heavyweight title contender Francis Ngannou will throw down in the second biggest fight of his career this weekend. ‘The Predator’ will take on Cain Velasquez in the main event of (Sun., February 17, 2019) UFC on ESPN 1 from the Talking Stick Resort Arena in Phoenix, Arizona.

Ngannou is coming off a much-needed first-round knockout over Curtis Blaydes in his last fight. The win snapped a two-fight losing streak that raised several concerns about the once-hyped competitor. But he answered some of those against Blaydes, and he’ll have the chance to answer even more against the nonstop attack of the former champ.

The fighters met face to face at today’s UFC Phoenix Media Day. Ngannou brought some of his trademark flair with a flamboyant outfit. Check it out courtesy of The MacLife: