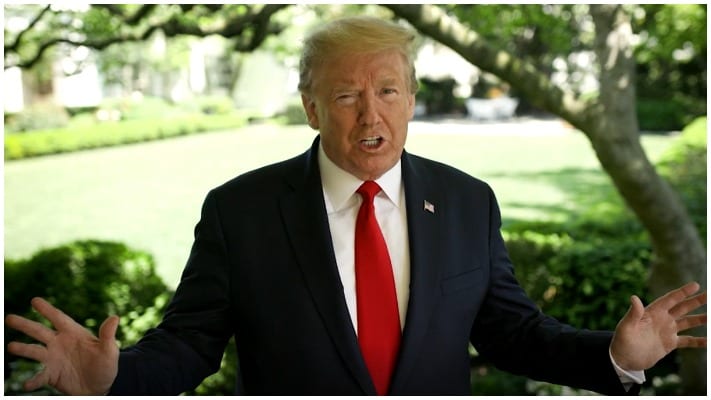 President Donald Trump has sent a video message to Dana White congratulating him for pulling off UFC 249 tonight.

Trump has been a huge supporter of White’s effort to hold events despite the ongoing coronavirus pandemic. The U.S president has even gone as far as bringing the UFC boss on board to help support his effort to restart the economy.

Speaking in the clip which aired at the start of UFC 249 earlier Trump congratulates White for holding tonight’s event, he said. “I’m standing in a very important spot, right outside the Oval Office, and you’re looking at the White House behind me. And it’s an honour to be here and it’s an honour to salute you.

“”I want to congratulate Dana White and the UFC. They’re going to have big match. We love it. We think it’s important (to) get the sports leagues back. Let’s play. You do the social distancing and do whatever else you have to do but we need sports. We want our sports back. Congratulations Dana White – UFC.”

Check out the full video below…

Do you agree with Donald Trump? Should more sports leagues follow in the footsteps of UFC and begin holding events again?