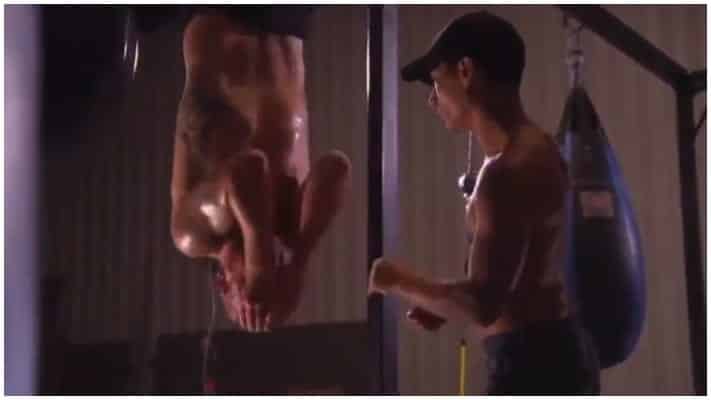 The footage went viral on social media last night, with the original video being quickly taken down by it’s original uploader.

In the video Sanchez is suspended upside down and is taking clean shots to the face from Fabia.

‘The Nightmare’ later put his guard up as Fabia throws kicks at him.

Check out the below clip that was posted to Twitter by @UFC_Obsessed.

Conor McGregor was one of the many people to voice his concerns about Sanchez’s unusual training techniques.

‘Notorious’ wrote several messages to the UFC Hall of Famer that have since been deleted.

“This is just madness! I’ll break this things nose in half,” McGregor said on social media. “This not the move Diego, my bro. I been with ye the whole way, and still am. But this is not on. It was unfair treatment by commentary and fans on your last performance imo, for sure. But not on this guy, 0-0. Ditch.”

“I’m actually on the side of body hardening work also,” McGregor added. “Work the body etc. But doing it hanging upside down, and getting the dome of the head struck repeatedly, while covering vision, is preposterous! Grab this guy by the ears and head butt him at his front door first thing.” (Transcribed by BJPENN.com)

Unless you’ve been living on the moon you will have heard Sanchez’s 16-year UFC run came to an end last week.

Joshua Fabia requested all of his fighters’ medical records prompting the UFC to ask Sanchez to confirm he was healthy to compete on May 8. On the advice of his lawyer, Sanchez refused to do so. Soon after he was cut by the UFC and Alex Morono was announced as Cerrone’s new UFC Vegas 26 opponent.

Do you agree with Conor McGregor? Should Diego Sanchez avoid these type of training techniques?