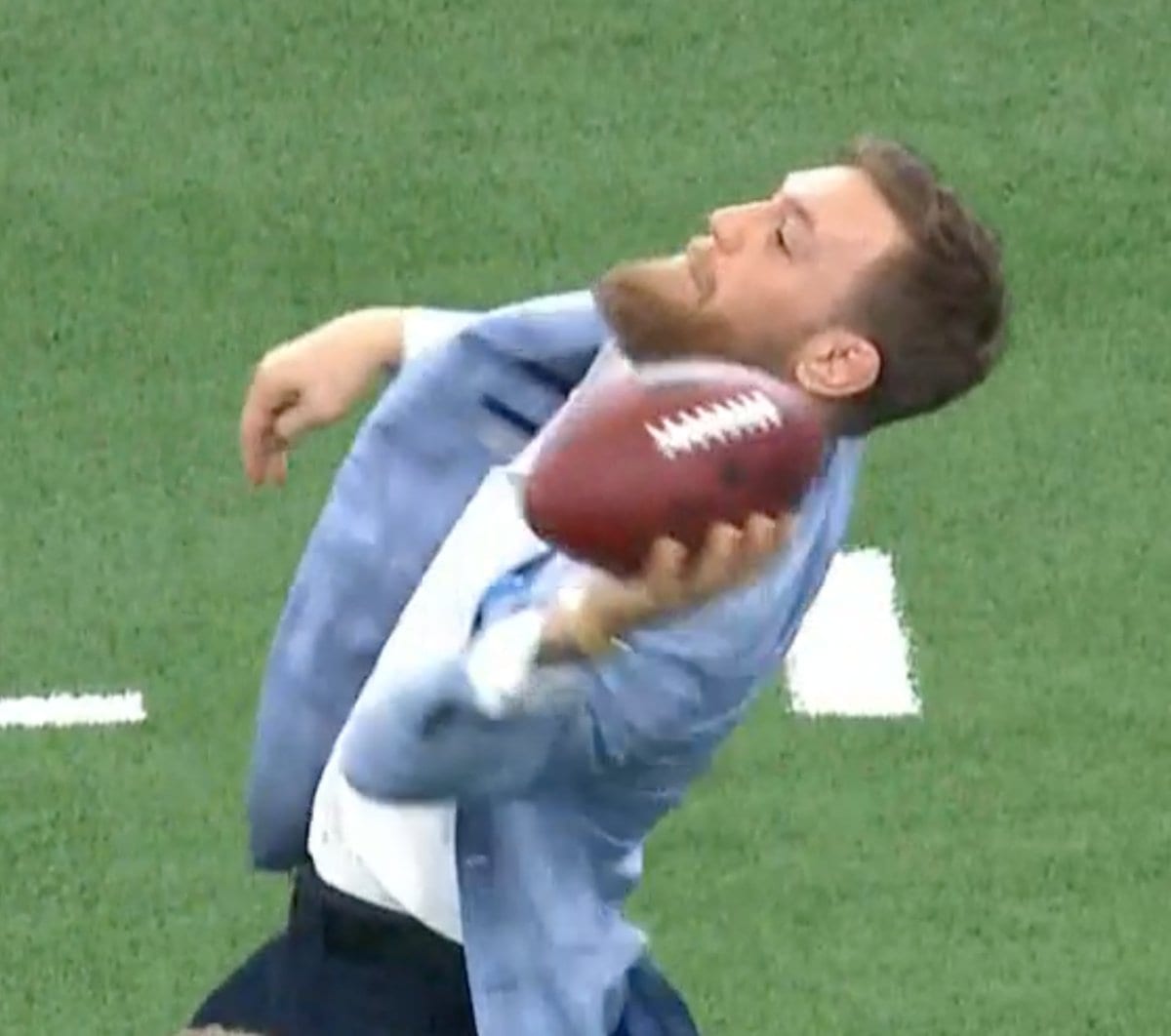 Conor McGregor may have lost his last fight to Khabib Nurmagomedov in dominant fashion. He may be awaiting punishment for his involvement in the UFC 229 post-fight brawl. But that won’t stop McGregor from hyping up the NFL’s Dallas Cowboys.

That was just the case today (Sun., October 14, 2018) when the Cowboys faced the Jacksonville Jaguars at home. McGregor made an appearance pre-game with Cowboys owner Jerry Jones. The team tweeted out a photo of their jovial meeting:

McGregor then got the team hyped up in the pre-game huddle:

Conor McGregor got HYPED pregame with the Cowboys ???? pic.twitter.com/0GPAiAzfDv

It apparently worked, as the Cowboys proceeded to put a one-sided beating on the Jaguars. That even resulted in a McGregor-inspired celebration from Cowboys quarterback Dak Prescott:

Zeke shouts out @TheNotoriousMMA after his TD. ????

That was all well and good, but the positive results ended there. McGregor soon attempted to throw an NFL football and the results weren’t pretty.

Watch his cringe-worthy attempt to throw the football here:

Conor McGregor attempting to throw a football. I hear John Elway likes what he sees and is trying to set up a meeting on Tuesday…… pic.twitter.com/YveRiAnlXd

One online ‘fan’ still thought he was better than two NFL QBs, however:

But another video angle from someone else just asked if McGregor was simply as bad as one of those highly-criticized quarterbacks:

Worse pass thrown in the state of Texas today…Nathan Peterman's pick six or this effort from Conor McGregor? ???? pic.twitter.com/Zcxz4132V3

Ouch. He may on a bit of a slide in the ring and cage, but McGregor will probably stick to fighting. And he should.