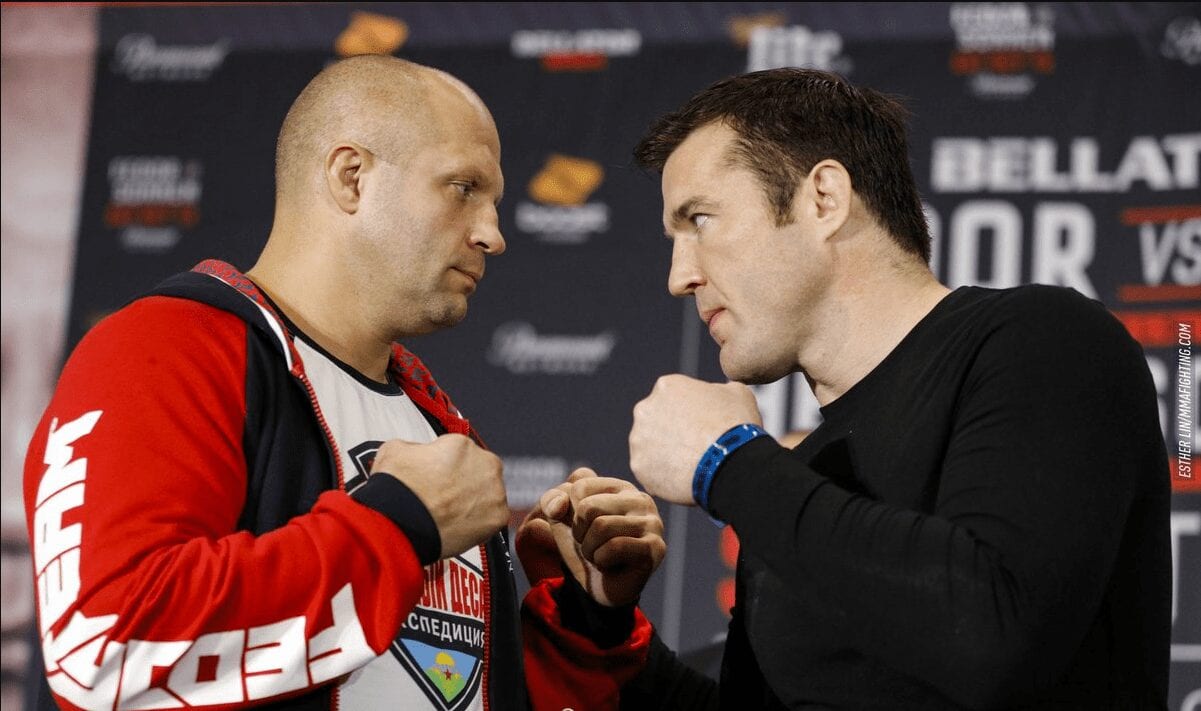 Chael Sonnen & Fedor Emelianenko had quite the intense staredown when taking the stage for the media.

On Thursday, the Viacom-owned promotion held media day to promote the Bellator 208 event that will be one of two events for the company as Bellator 207 takes place the night before this show.

Sonnen and Emelianenko will battle it out in a heavyweight tournament semifinal bout, which will serve as the main event. The winner of this fight will face the winner of Bellator 207’s headliner between Matt Mitrione and Ryan Bader in January of 2019. You can see the staredown here.

The winner of this tournament will earn the vacant Bellator heavyweight title. Bellator has been without a heavyweight champion since the title was vacated. The previous champion was Vitaly Minakov. Bellator decided to strip him of it in May of 2016 for failing to defend the title.

Emelianenko is fresh off a win in a first round bout against former UFC heavyweight champion Frank Mir. Before that, he suffered a knockout loss to Matt Mitrione in Bellator’s inaugural event at Madison Square Garden last year.

Emelianenko found success in Pride and is arguably the greatest heavyweight fighter of all-time. However, over the past few years, he has landed on tough times. He retired back in 2012 but came back three years later.

Bellator 208 is set to take place on Saturday, October 13, 2018 at the Nassau Coliseum in Uniondale, New York.

The preliminary card will air online at 7:00 pm EST while the main card will air on Paramount Network at 9:00 PM EST. Alexander Shlemenko vs. Anatoly Tokov in a middleweight will serve as the co-main event.