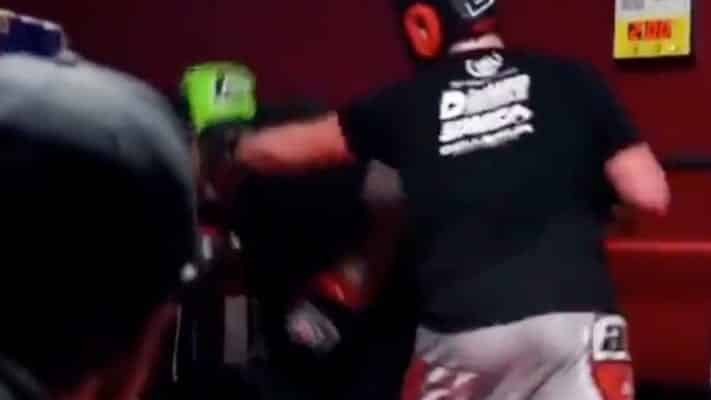 Ben Askren is putting in the work ahead of his boxing debut.

It will be the first time Askren competes in competitive combat sports since his final UFC fight that saw him suffer a submission defeat against Demian Maia back in October 2019.

And “Funky” is clearly showing some improvements in his striking as he shared recent sparring footage that showed him clinching, striking and even using head movement.

Of course, sparring footage will be very different from what we end up seeing April 17 as many observers — as well as oddsmakers — are picking Paul to come out on top.

Despite all that, Askren remains confident of getting the win despite not being known for his striking at all during his MMA career.

“TKO, round seven,” Askren predicted in January. “Because I don’t have a huge amount of power. It’s going to take me some time to wear him down and make him hate his life.

“And then eventually, he’ll say, ‘look, I’m a rich celebrity. I don’t need to get f*cking punched anymore. I’m just going to roll over.’”

What do you make of Askren’s sparring footage?