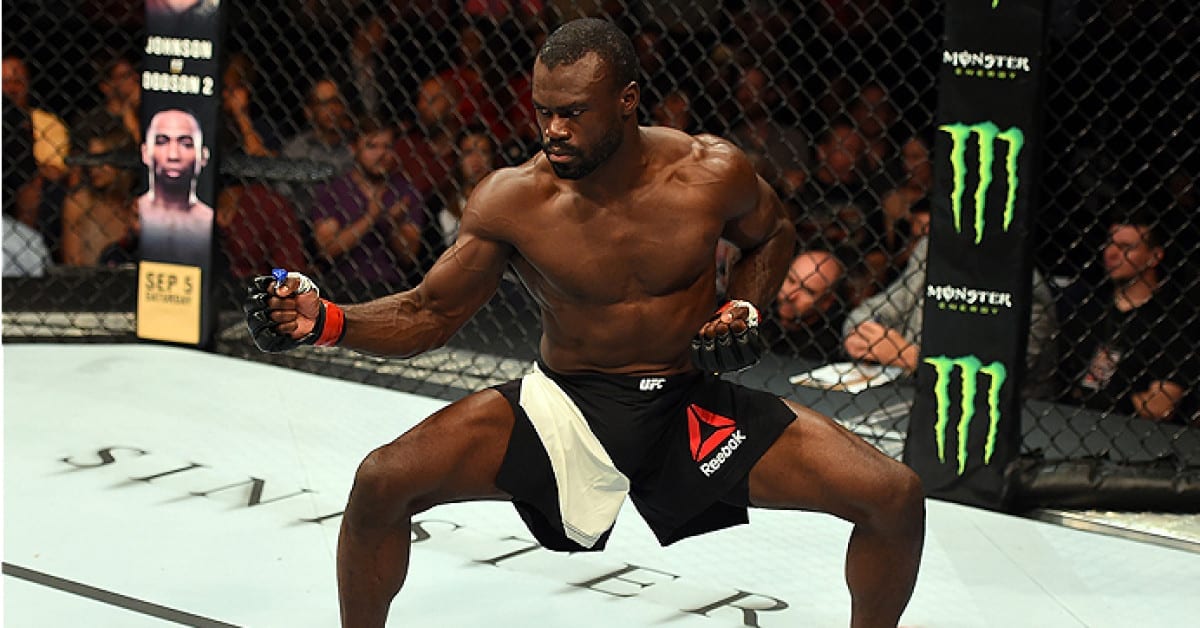 Former The Ultimate Fighter (TUF) 17 finalist Uriah Hall was scheduled to take on Vitor Belfort in the co-main event of last weekend’s (Jan. 14, 2018) UFC Fight Night 124, but the bout was scrapped just a day before the event after Hall was forced to withdraw due to health reasons.

Upon the news, many had speculated that Hall had failed to make weight, but that wasn’t the case.

In fact, he did make weight, but he recently revealed that he suffered a ‘mini-seizure’ and a ‘slight heart attack’:

“For the record, I did make weight, I just failed to make it to the scale, which sucked,” Hall said on Instagram Live (via MMA Junkie). “I think I had a mini-seizure and at the same time a slight heart attack. My kidneys were just not good. The doctor even said, even if I made weight, I probably would’ve died the next day because my body wasn’t having it.”

After the event. UFC President Dana White said that he’d hear rumors indicating that Hall simply wasn’t taking things seriously. Hall, however, laughed those claims off, labeling them as nothing more than ‘speculation’.

Prior to his scheduled fight with Belfort, Hall had lost three of his previous four bouts, dropping losses to Robert Whittaker, Derek Brunson and Gegard Mousasi before picking up a victory over Krzystof Jotko.