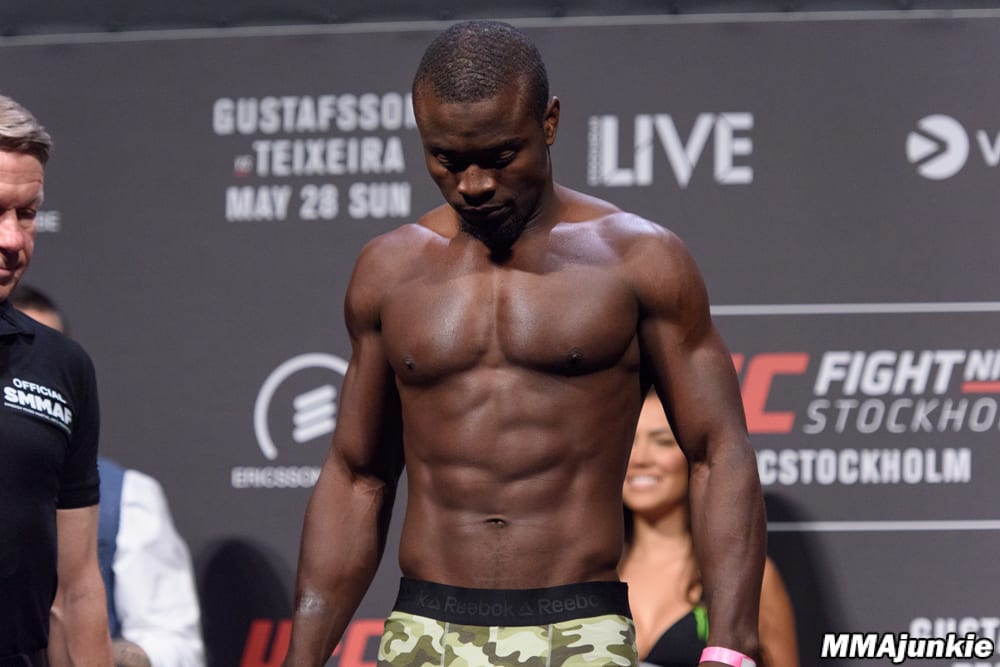 Star-Telegram reporter Deanna Boyd reported the news on Tuesday (Sept. 25 2018). She added that a grand jury in Tarrant County, Texas, issued the two-count indictment for the fighter on Monday. Alhassan was arrested in April regarding these charges and is currently free on $20,000 bail.

Alhassan has been accused of raping two women inside their homes. Boyd reported that Alhassan allegedly drove both intoxicated women home from a bar in March. The UFC fighter allegedly committed the sexual assaults in the women’s home.

One of the victims told investigators that she was far too inebriated to remember anything from that night. However, the other women said she remembered Alhassan raping her and then raping her friend.

Alhassan’s attorney filed a motion to modify the bond conditions so that he could continue to train and compete at UFC 228. A judge granted the fighter his request, in so allowing Alhassan to remove his GPS monitor and leave Tarrant County.

Because of the special conditions granted to Alhassan, he was able to fight at UFC 228 where he demolished Niko Price in the first round.

Alhassan’s stock was on the rise prior to these allegations. It remains to be seen just how these charges will play out. but it doesn’t look good for the native Ghanaian right now.