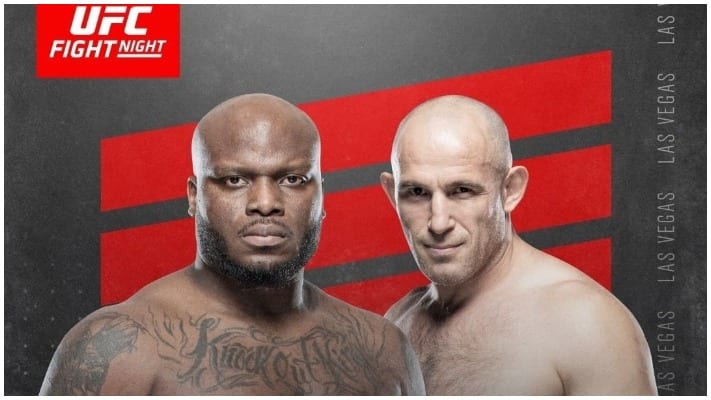 UFC Fight Night: Lewis vs. Oleinik takes place tonight (August 8) at the Apex in Las Vegas Nevada. In the main event, we have an exciting match-up between two heavyweight contenders with contrasting styles. Derrick Lewis will be looking to stretch his win streak to three against his Ukrainian-Russian opponent. ‘The Black Beast‘ will try to do so by using his patented power punches which have brought him 18 knockouts in his 23 professional wins. Aleksei Oleinik on the other hand will want to get this fight to the mat and show off his impressive submission skills which have helped him secure 43 of his 59 wins in MMA. Who will emerge victorious from the UFC Vegas 6 main event? Let’s find out what the LowKickMMA staff think….

Jordan Ellis: This is a fight I’ve gone back-and-forth on quite a few times. I see it as a 50/50 but I’m going to go with Derrick Lewis. I think he’s looked good in his past two fights and has the power to trouble Aleksei Oleinik. The 43-year-old while impressive lately has shown he can be stopped quickly and I expect Lewis to take confidence from that and try to close the show as early as possible.

Ryan Maccarthy: I see Derrick Lewis finishing Aleksei Oleinik via stoppage, if the submission artist Oleinik can get Lewis on the ground, it may spell trouble, but Lewis has only been submitted once in 31 professional fights. I see Oleinik having a tough time bringing him to the ground. I think Lewis takes this one and sets up a future bout with top contender Curtis Blaydes.

Dalton Schroh: Lewis has only been submitted once this is true, but how many people with the submission skill set that Oleinik has, has he actually fought? Zero, if Lewis clinches up or hits the ground for any period of time I see that Ezekiel choke coming along shortly after, most heavyweight fights eventually hit the mat, I called Werdum submitting Gus the other week, calling this one now. Lewis always has that ko upside don’t get me wrong, but I just see Oleinik as the better all around fighter, better fundamental striking, better clinch work, and certainly better grappling.