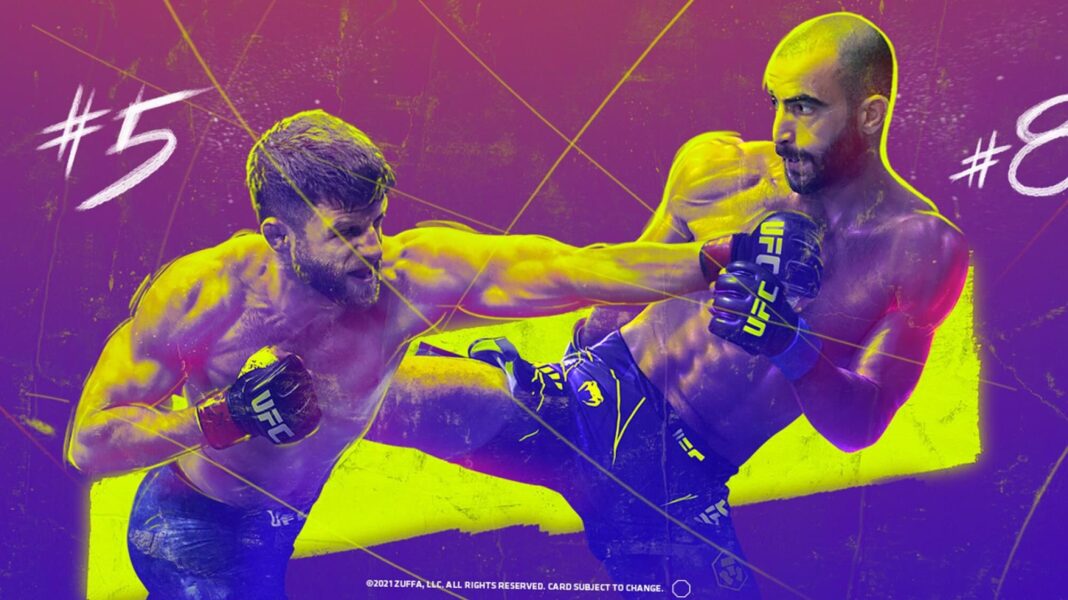 The return of top-level MMA fights is edging closer. We simply cannot wait for UFC Vegas 46 which is set to go down on January 15 and will be headlined by a fantastic featherweight fight between Calvin Kattar and Giga Chikadze.

Kattar is looking to bounce back from his dominant decision loss at the hands of Max Holloway almost one year ago. That’ll be easier said than done when he comes up against Chikadze who is in fine form right now and seems destined for a title shot in 2022.

Before the main event, we have a stacked card that features the likes of Michel Pereira, Katlyn Chookagian and Brandon Royval. It’s sure to get 2022 off to one hell of a start!

Join LowKickMMA as we preview, predict, and hopefully win some money betting on UFC Vegas 46.

According to the bookmakers this fight is very much in the hands of Georgian kickboxer. Chikadze has won nine straight fights and seems to be getting better as he steps up his level of opposition. Last time out, the 33-year-old took out Brazilian knockout artist, Edson Barboza, inside three rounds to announce himself as a genuine player at 145lbs. Chikadze is the 1.40 favourite to win the UFC Vegas 46 main event and will probably get a title shot if he manages to do so in impressive fashion. On the other hand, Kattar, needs to win to stay relevant. However, Betway think he’ll have a tough time doing that and have priced him at 3.00 to end Chikadze’s winning streak at UFC Vegas 46. We love an underdog but can’t back Kattar in this one. He seems to be a way off the elite featherweights and Chikadze seems to be one of them. We’ll be adding the Georgian to our UFC Vegas 46 parlay.

An intriguing battle between two former flyweight title challengers takes place on the UFC Vegas 46 main card. Valentina Shevchenko is bereft of genuine contenders so don’t be surprised if the winner of this fight takes on ‘Bullet’ again later this year. We think that’ll be Katlyn Chookagian. ‘Blonde Fighter’ seems to have the edge on many at 125lbs and we expect she’ll be able to outpoint Maia over three rounds. The bookmakers agree and have priced Chookagian as the 1.61 favourite, while Maia is the 2.30 underdog.

The final fight we’ll be betting on at UFC Vegas 46 is another flyweight bout, this time in the men’s division. We just wish you could bet on who’ll win Fight of the Night because this one seems a banker. Brandon Royval and Rogerio Bontorin are two of the most entertaining 125lb fighters on the planet and are sure to put on a show. However, we think Royval will win and so do the oddsmakers who’ve priced him as the 1.57 favourite. ‘Raw Dawg’ has great hands and good ability on the mat. He’ll be determined to get back in the win column after dropping to back-to-back defeats. Despite backing Royval we are certainly aren’t counting Bontorin out, who at odds of 2.40 could cause an upset.

Who will you be betting on at UFC Vegas 46?