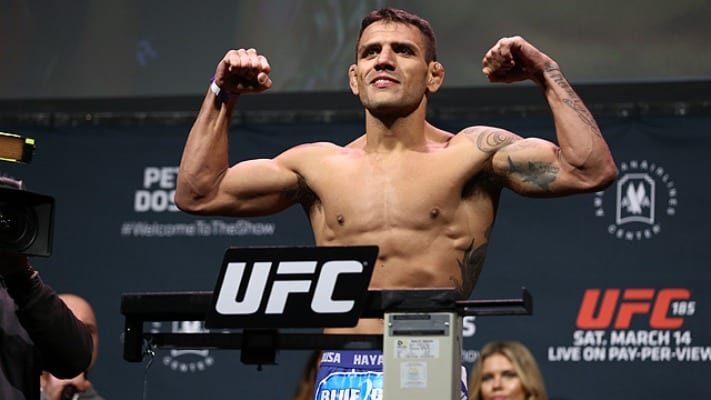 The UFC San Antonio weigh-in results have been released as the fighters took the stage to get ready for battle inside of the Octagon under the promotion’s banner.

Rafael dos Anjos vs. Leon Edwards in a welterweight bout will serve as the headliner. Aleksei Oleinik vs. Walt Harris serves as the co-headliner in a heavyweight bout.

Rounding out the six-bout main card is Greg Hardy vs. Juan Adams in a heavyweight bout, James Vick vs. Dan Hooker at lightweight, Alexander Hernandez vs. Francisco Trinaldo in a lightweight meeting, and Andrei Arlovski vs. Ben Rothwell at heavyweight.