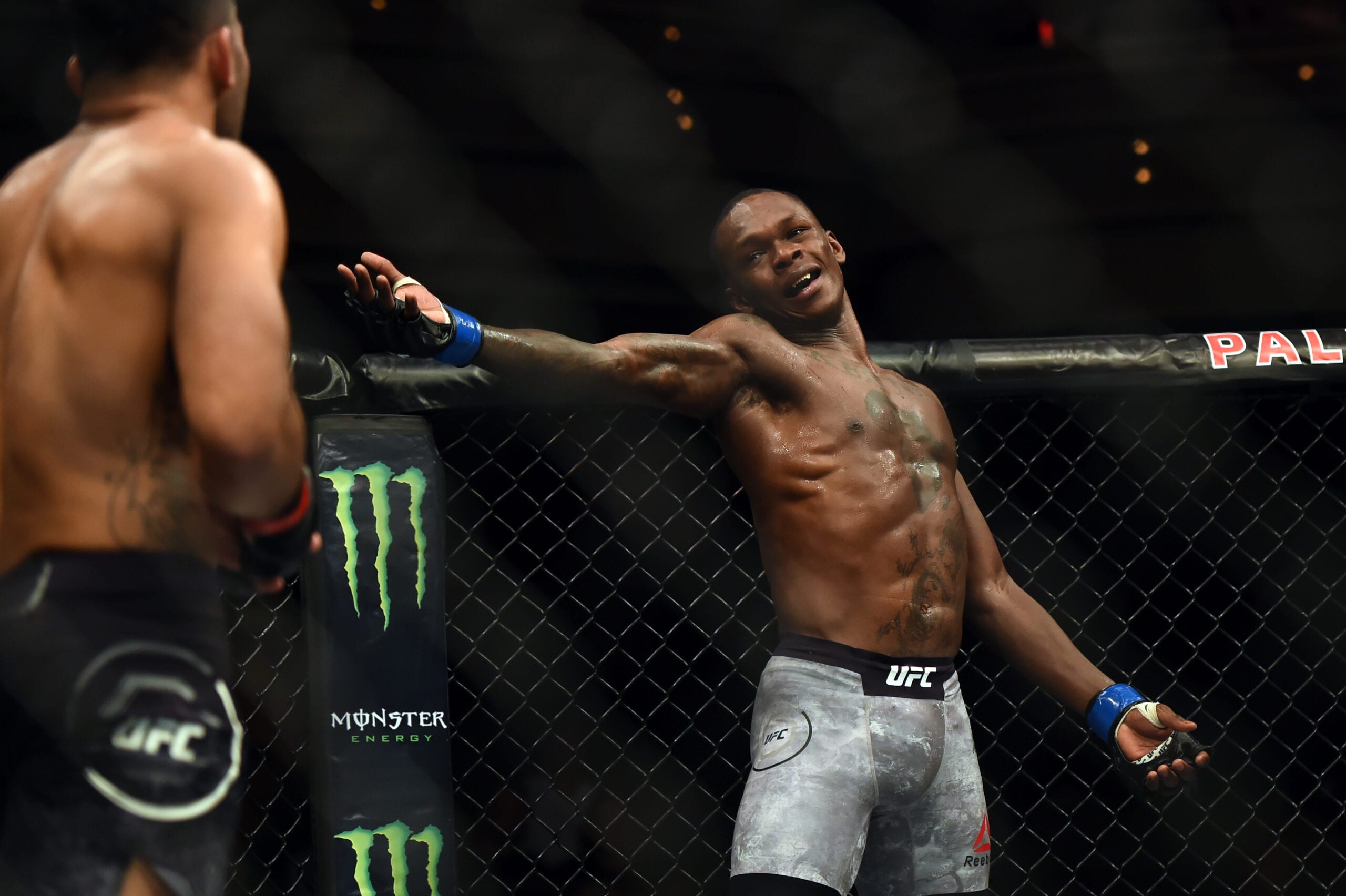 Brunson hasn’t fought since getting knocked out by Ronaldo Souza at UFC on FOX 27 back in January of this year. Although this fight shouldn’t be classified as a must-win for Brunson, the 34-year-old could really use an impressive performance against the younger fighter.

As for Adesanya, he absolutely relishes the spotlight and has lived up to his hype up to this point. The 29-year-old has already won three fights this year improving his record to 14-0 overall. He most recently battered Brad Tavares at The Ultimate Fighter 27 Finale back in July.

Adesanya takes the center of the cage immediately but Brunson clinches and takes the fight against the cage. The referee separates the fight because of Brunson illegally grabbing Adesanya’s shorts. Brunson shoots a far-reaching taking down and manages to catch a leg and clinch up again. Adesanya breaks free and is looking to find his range. Adesanya lands a question mark kick but Brunson clinches again. Its obvious Brunson wants no part of the stand-up game of Adesanya. Adesanya clips Brunson with a left and Brunson is hurt. Adesanya moves in slowly and pieces up Brunson with a flawless combo that sends Brunson to the canvas again. He catches Brunson with a knee. Herb Dean stops the fight.