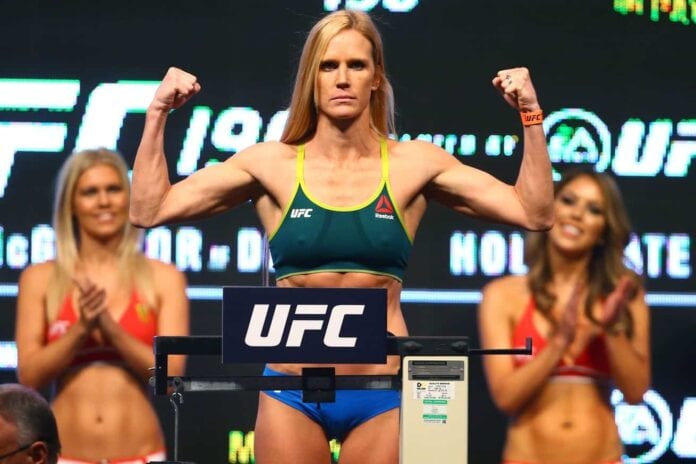 UFC on FOX 20 goes down this Saturday July 23 from the United Center in Chicago, Illinois. Of course it’s weigh-ins day here at LowKickMMA, and the goods on offer indicate the FOX card could be one of the biggest sleepers of the year. Headlining the action is former women’s bantamweight champion Holly Holm, looking to get back on track after a submission loss to Miesha Tate at UFC 196.

Facing ‘The Preacher’s Daughter’ is an up and coming force in the division. Valentina Schevchenko headlines her first UFC card and will also come up against a seriously dangerous striker in Holm. How about the lightweight co-main event between Edson Barboza and the returning Gilbert Melendez? The two exciting strikers will pit technique against sheer will and grit in what could easily be fight of the night. 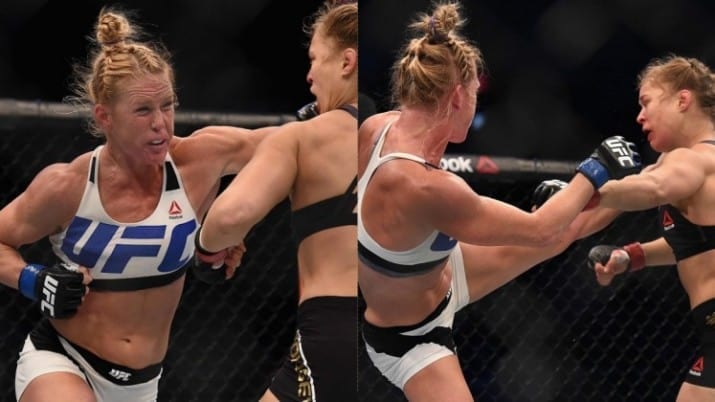 Heavyweights Francis Ngannou and Bojan Mihajlovic will do battle, and women’s strawweights Felice Herrig and Kailin Curran will no doubt put on a great show.

So join us for the live streaming official weigh-ins at 5PM ET, or check in a few hours prior (the early weigh-ins will have the updated results) or right after to catch the replay!