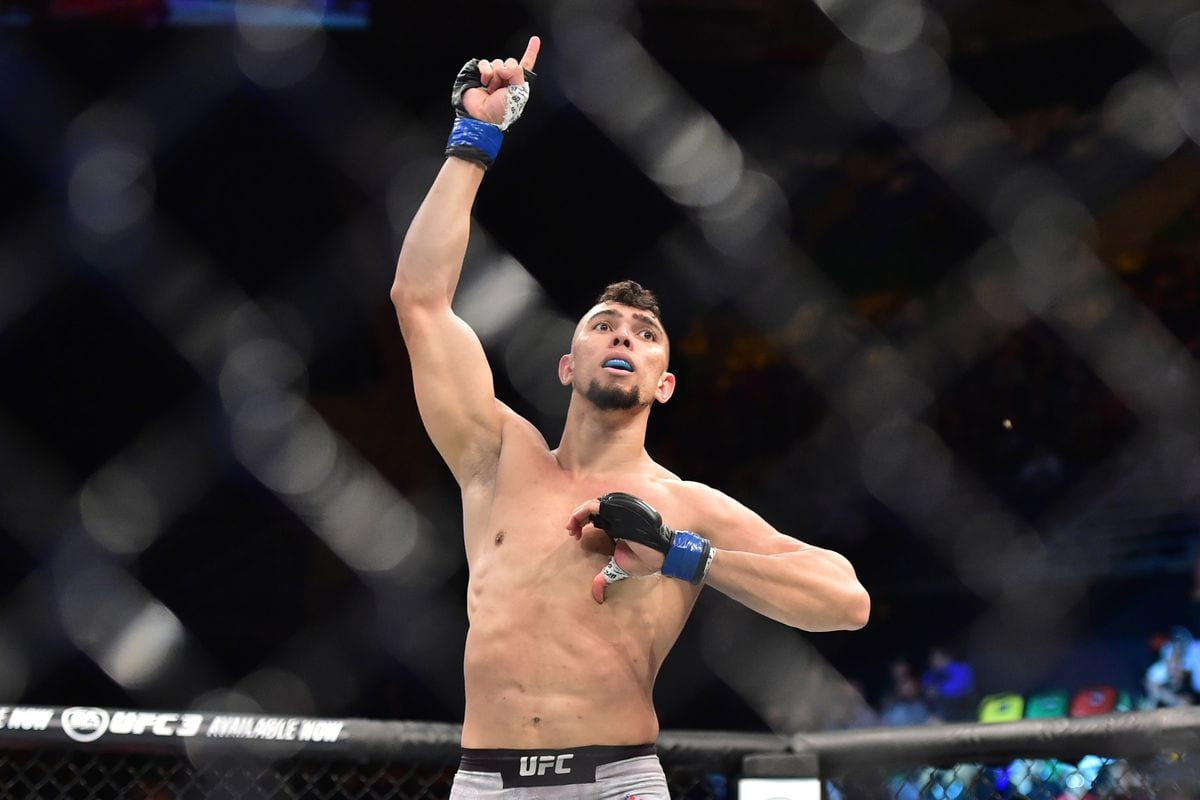 The Octagon has landed in South America with a solid thirteen fight card on tap for ESPN+. We will have you covered with all the UFC Fortaleza results.

Keeping the main card rolling along is a pivotal light heavyweight contest between Justin Ledet and Johnny Walker.

Ledet is a former heavyweight that has dropped down to a more natural competition weight of 205 pounds. He is a well-rounded fighter that poses an interesting challenge for his younger adversary.

Since bursting on to the scene, Brazil’s Walker has opened many fans eyes. Standing every bit of his 6’5″ frame, many people feel Walker is the man to unseat Jon Jones. He must first get past a game Ledet.

Ledet opens up with a jab. Walker throws a hook kick and follows through with a spinning backfist. Ledet falls. Walker rushes in and closes the show with strikes.