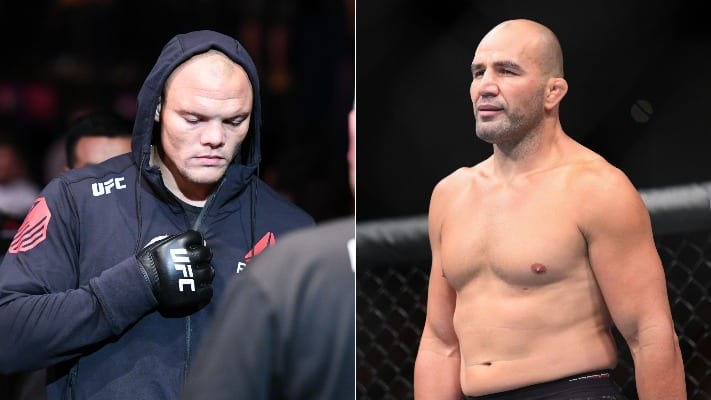 Light-heavyweight contenders Anthony Smith and Glover Teixeira will meet in the main event at the UFC Fight Night in Jacksonville, Florida tonight.

Smith is coming off the biggest win of his career over former title challenger Alexander Gustafsson. He’ll be hoping to claim another high-profile win against Teixeira and catapult himself towards another shot at long-time 205lb champion Jon Jones. Teixeira will be hoping to do the same for himself. The Brazilian is full of confidence heading into this one as he currently rides a 3-fight win steak.

Jordan Ellis: Anthony Smith is on the verge of big things in the UFC and I just don’t see Glover Teixeira as the man to stop him from pushing on towards a second UFC title shot. I expect ‘Lionheart’ to be dominant in this fight and ultimately get the finish down the stretch. Teixeira’s best years are behind him and for me, this would be a monumental upset if he managed to claim a win.

Abhinav Kini: Glover Teixeira has done well to be on a three-fight winning streak at 40. However, I just feel Anthony Smith will be too much for him to handle at this point, especially with the former coming off a huge win over Alexander Gustafsson. I see Smith getting the finish by knockout within 2-3 rounds

Ryan Galloway: In the main event of UFC Jacksonville Anthony Smith will take on Glover Teixeira. In this matchup I think it’s hard to pick against Smith, his performance against Gustafsson showcased his ability both on the feet and during the grappling exchanges. I think Teixeira is getting up there in age and probably towards the end of his career, I just don’t see him being able to close the show the same way Smith is capable of so I predict Smith to find a stoppage probably around the third round.

Ryan Maccarthy: I’m going with Anthony tonight. I think Teixeira at 40 years old is still dangerous, but nowhere near where he was in his prime. Smith knows he needs this win if he wants to compete for the title again. An impressive finish would help his case for a bigger name and fight down the line. I think Anthony Smith wins this via TKO in the 3rd.

Do you agree with the LowKickMMA staff picks for Anthony Smith vs. Glover Teixeira?